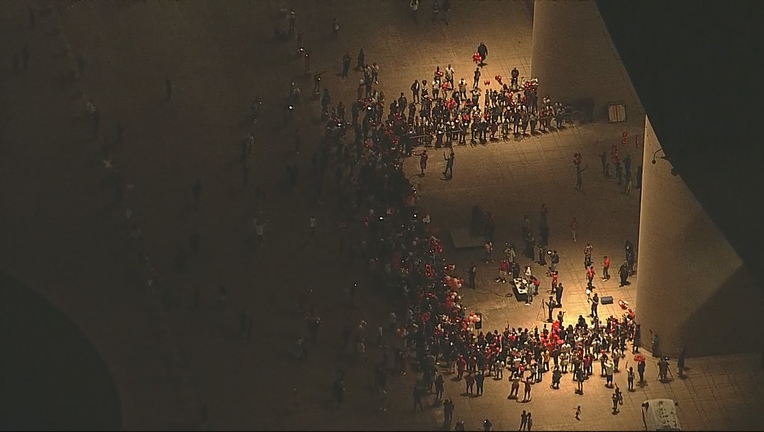 DALLAS - Police shut down streets around Dallas City Hall Friday evening for a vigil to remember a local rapper who was murdered earlier this week on a highway.

Police stationed officers and patrol units around the plaza.

They said it was for security reasons, but did not provide any more details.

Dozens of people gathered to celebrate the life of Melvin Noble, who performed under the name Mo3.

Many held lights and balloons in his honor.

The rapper was shot and killed on I-35 Wednesday afternoon near the Dallas Zoo.

Police said he and the shooter both stopped their vehicles on the highway, and Noble was shot while running away from his attacker.

A bystander was injured by the gunfire as well.

Police have not made any arrests for the shootings.