Southlake police rescue dog that had fallen into frozen pond

It happened on Valentine’s Day and police just released the video. The pond is near White Chapel Church.

Southlake DPS said officers saw a black lab named Shadow struggling to hang on to a thin sheet of ice.

"Our original plan was to wait for Southlake Fire to arrive with their ladder to rescue him, but precious moments began slipping by, and the best laid plans of mice and men often go awry," Southlake DPS said. 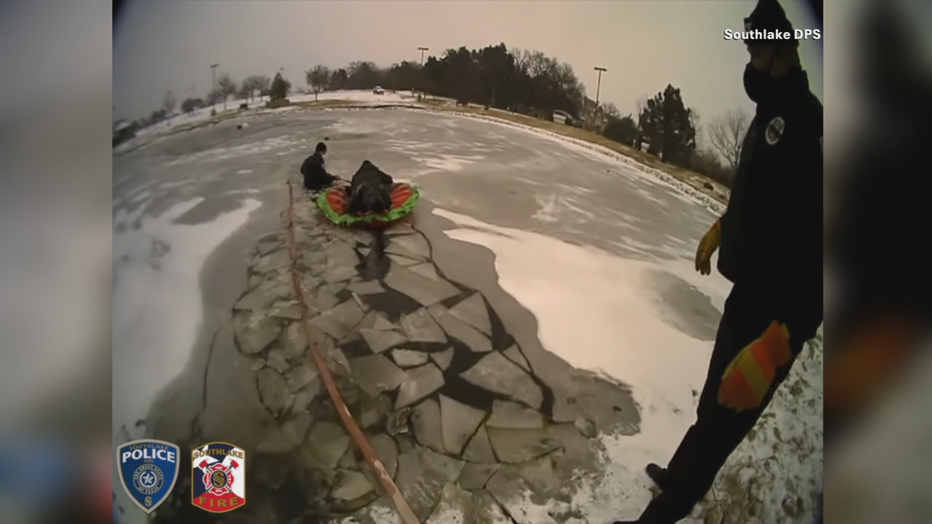 The officers and the dog’s owner called to him and got him to start paddling towards the shore. But then he got stuck because of a patch of ice.

Sgt. Gaylon Music used a catch pole to break up the ice and trudged down into the water while the dog’s owner grabbed a pool float.

They were able to pull the scared dog onto the pool float and bring him back to land.

"Please watch your pets over the next few days, as many of them have never seen ponds and pools freeze over.  They’re fast and curious!  We’ve seen a number of pet rescues on Facebook lately, so please please please keep a vigilant eye on your beloved family members!" Southlake DPS said.

Shadow is now back home with his family.