A clash outside of a Tarrant County polling place becomes a lesson learned ahead of Election Day.

FORT WORTH, Texas - A clash outside of a Tarrant County polling place becomes a lesson learned ahead of Election Day.

That video from the final day of early voting created some confusion.

Some thought the supporters of President Donald Trump were being escorted by Fort Worth officers. The department says that was not the case.

It happened at Miller Avenue and Berry Street in Fort Worth. Complaints began Wednesday about President Trump supporters intimidating voters at the Poly Subcourthouse voting location. 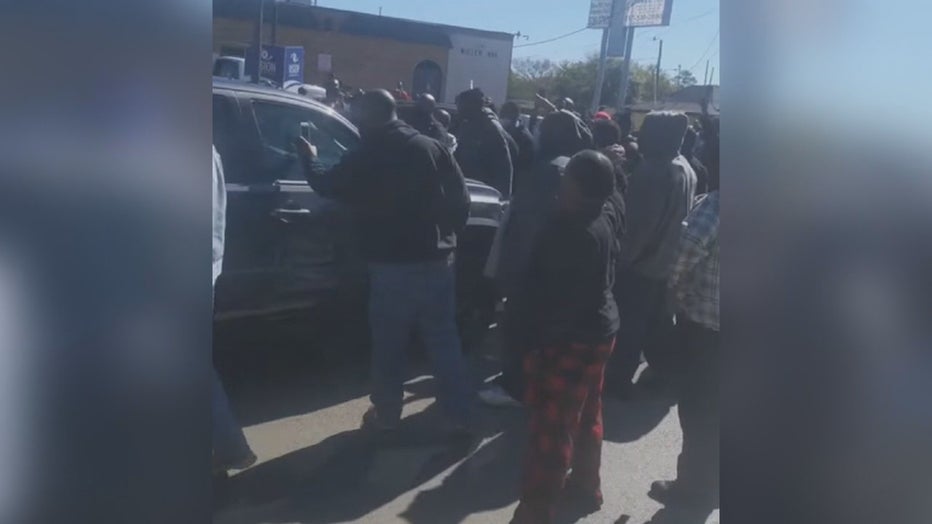 It reached a boiling point at a volatile clash, which was shown through cell phone video. A wall of people, some openly carrying guns, forced Trump supporters to leave the area. There was also confusion because some believe Fort Worth police were acting as an escort for the Trump supporters.

Felton Jenkins was one of the people recording.

“Number one: My goal is I don’t care who people vote for. But don’t come to our neighborhood and hinder other people from voting.”

The Friday incident unfolded a few blocks from the campaign stop by Sen. Kamala Harris.

Fort Worth Police said in a statement: “officers entered the crowd to allow the surrounded vehicles to exit the area without any further altercations. At no time were Fort Worth officers escorting vehicles into any areas to allow any type of voter intimidation.”

Community activist Cory Session was at the scene Friday.

“Fort Worth Police say they were not escorting. However, it appeared that way,” he said.

Session is now communicating with Fort Worth Police Chief Ed Kraus, hoping to head off anything of the like at the Subcourthouse on Election Day.

“If incidents do happen, after speaking with Chief Krauss, they will be addressed immediately,” Session said. “There will be officers patrolling and riding around these particular areas where there have been some issues.”

The police department urges anyone who is being intimidated while trying to cast a ballot to contact the department and report it right away.