Four suspected robbers who tied up pharmacy employees in Fort Worth are on the run. There is video of the crime. The suspects got away with cash and behind-the-counter drugs.

FORT WORTH, Texas - Four suspected robbers who tied up pharmacy employees in Fort Worth are on the run.

There is video of the crime. The suspects got away with cash and behind-the-counter drugs.

Four robbers swarmed the counter at Ridgmar Pharmacy armed with guns and zip tying the employees’ wrists behind them.

The brazen robbery shows at least three workers under siege at the business near Interstate 30 and Ridgmar Avenue in West Fort Worth.

It happened two weeks ago on May 4. Police say the crooks knew exactly what they came for. 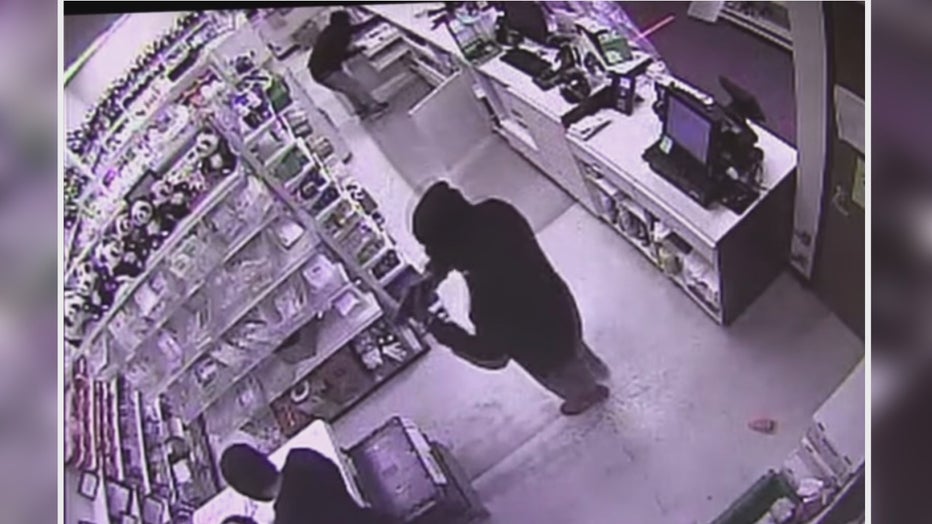 Each of the four robbers wore a face covering. They’re seen rifling through drawers and going from aisle to aisle grabbing items from shelves. Video shows one employee put in front of what appears to be a safe and forced to open it.

"The video that you see, we’re just needing the public's help in finding these individuals," Carter said. "If you know their whereabouts, we are asking you to please call our detectives."

Police are continuing to analyze the video. It’s the most significant piece of evidence they have. They’re hopeful someone else has more.

"We’re hoping someone out there knows something," Carter said. "These individuals may have talked. And if they have, we need the public’s help to find out who these people are. If they have talked to someone, please give us a call."