The shooting happened late Wednesday night, as officers were investigating complaints about drug dealings outside the LBJ Food Mart near Interstate 635 and Jupiter Road.

The officer followed Dail and called for uniformed officers to try to pull him over. Dail refused to stop and kept driving. Police lost sight of his car, but later got a tip that he was back at the same convenience store. 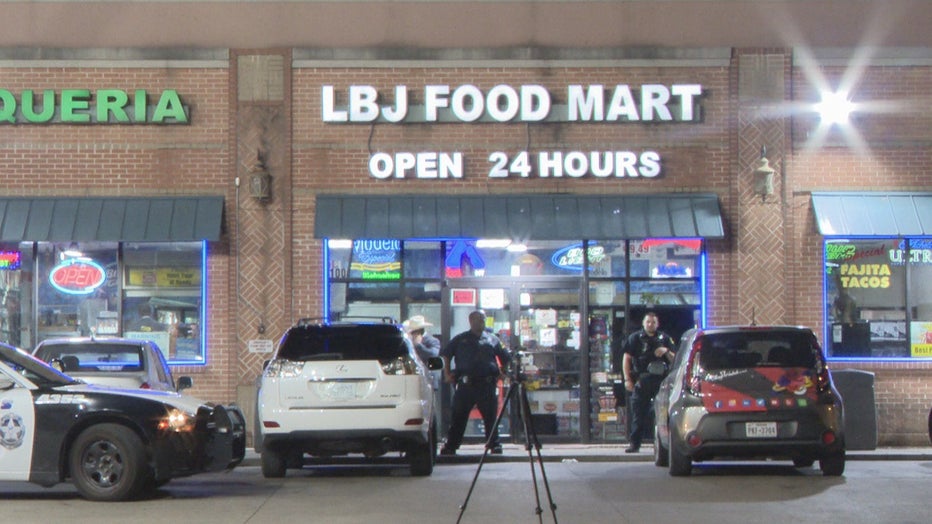 Three officers spotted Dail inside the back of the store, and body camera video shows what happened when they tried to arrest him.

"The suspect started to resist the officers and officers struggled to take him into custody. During that struggle, Dail pulled a handgun from his pants pocket, raised it in the air in front of Officer [Thomas] Hoffman’s face. In response to this action, Officer Hoffman unholstered his firearm and then fired his department-issued weapon hitting the suspect," Chief Garcia said.

Dail was hospitalized in critical condition, but the medical examiner confirmed that Dail has died from his injuries.

The officers were not hurt.

Chief Garcia said this is never the intended outcome, but added that the officer who fired the deadly shot took action based on a perceived threat.

While the case remains under investigation, police released the surveillance video in an effort to be transparent.

This is the Dallas Police Department’s fourth officer-involved shooting in 2022. The third happened earlier this week when an officer shot a woman who had opened fire inside Dallas Love Field Airport.

"After reviewing store surveillance cameras and the officers’ body-worn cameras, detective saw the suspect remove a handgun from his pocket. An officer can be heard on camera warning other officers the suspect was armed as the struggle ensued," Garcia said.

Police did recover the handgun and have turned evidence over to the Dallas County District Attorney’s Office, which will conduct an independent investigation.

"Dail's weapon was found to be loaded with four rounds in the revolver in a cocked position," Garcia said. "Getting his firearm and pulling it out in front of police officers, I just don't understand what the individual was thinking."

Dail had an extensive criminal history with prior convictions for drugs, evading arrest, and unlawful possession of a firearm, among others.

"It's clear the individual didn't want to go to jail again," Chief Garcia said. "What’s pertinent to this case is he was a convicted felon that should not have had a firearm."