Those who live in a Dallas neighborhood are still reeling from the damage caused by street racers performing stunts at a busy intersection over the weekend.

DALLAS - Those who live in a Dallas neighborhood are still reeling from the damage caused by street racers performing stunts at a busy intersection over the weekend.

Video shows the moment an out of control truck that was doing donuts took out a utility pole.

Those who frequent the area know just how busy it is at Northwest Highway and Preston Road, on the border of Dallas and University Park.

There was stand-still traffic near the intersection just after midnight Sunday morning.

Cell phone video caught street racers performing donuts in the intersection, until an explosion, when an out of control pickup truck took out a utility pole.

The pole sparked and fell into the street. 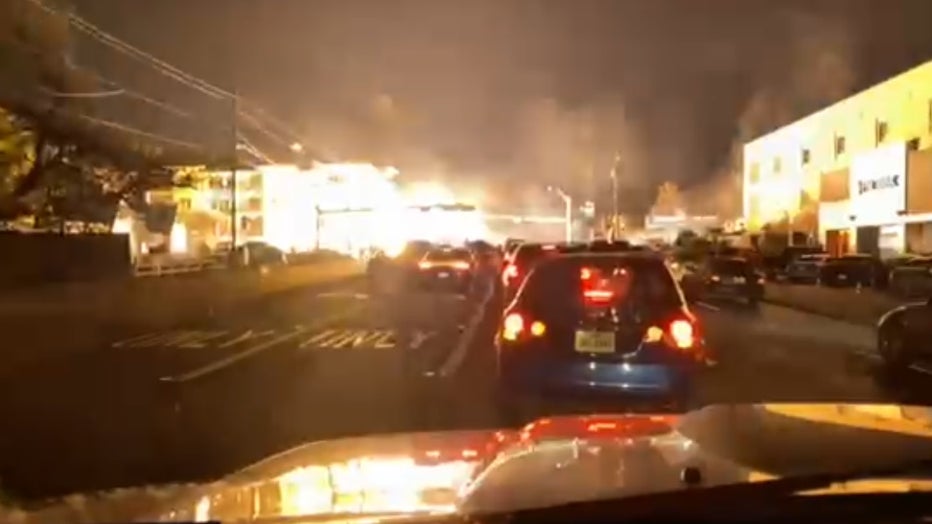 But just behind the pole was a large apartment complex, and had it fallen the other way, there could have been much more damage.

Oncor said the incident knocked out power to nearly 400 people, though most had power restored within the hour.

Jennifer Gates is the councilwoman for that district.

Street racers frequent parts of Northwest Dallas in her district, though it’s become a citywide issue.

Street racing calls to 911 were elevated last May to Priority 2 calls, but some want to see them moved to Priority 2.

Gates said they need to take a better look at the existing system.

"Given the brazen attitude toward the laws, whoever is doing this doesn’t obviously care about being punished our caught, so it would seem to be an increasing priority," said Brian Williams, who lives in the area.

Police said the reckless pickup that caused the damage over the weekend was stolen.

The driver is still at-large, and police said all the spectators and participants were gone by the time officers arrived, so no citations were issued and no cars were towed.

Gates said city leaders have already met with the state delegation, now that the legislature is back in session, to push for laws to help police arrest and prosecute street racers.

"You can’t be doing it on a busy road like this, where people are going to get injured. Whether in their cars or a pedestrian, there’s families all over here," said Daniel Annese, who lives in the area.