To increase vaccinations, North Texas officials are looking at targeted sites. There will be one in Deep Ellum open in the evenings on the weekends, hoping to make it easy for visitors to get the vaccine.

DALLAS - New data suggests so-called herd immunity may not happen as soon as predicted because of a slowdown in vaccine demand.

To increase vaccinations, North Texas officials are looking at targeted sites. There will be one in Deep Ellum open in the evenings on the weekends, hoping to make it easy for visitors to get the vaccine.

Dallas County health officials say the community-based clinics are the only way we are going to reach herd immunity.

As Deep Ellum prepares for a busy Friday night, Mary Spencer and her son, Will Spencer, came for one reason.

"I was shopping for vaccines and got this notice," she said.

16-year-old Will was in and out in 15 minutes. After one dose of Pfizer down, they were off to dinner.

"He has been so busy with school," Mary said. "We couldn’t make an appointment." 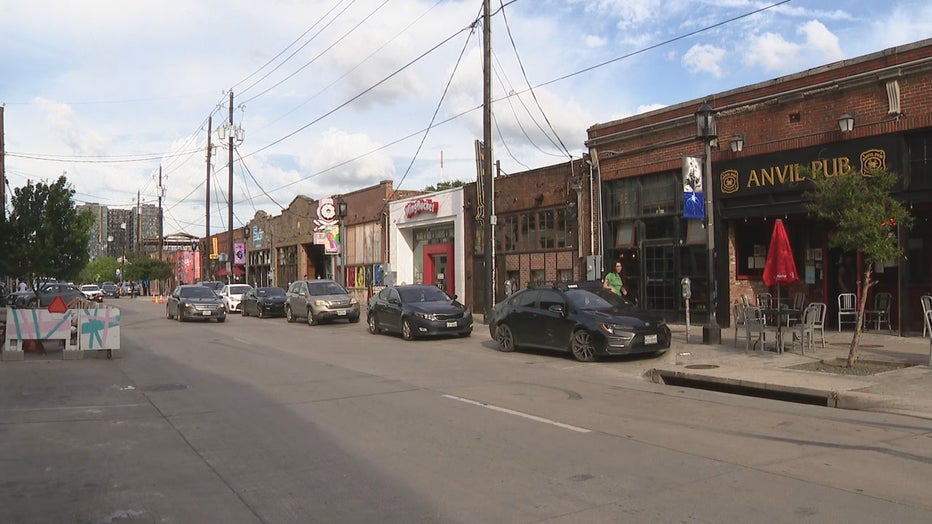 The walk-up vaccine popup is hosted by the Dallas County Health and Human Services inside a school off Elm Street. Volunteers were seen walking the streets, handing out flyers and flagging people down.

"We have seen the numbers at Fair Park dropped at the vaccinations hubs," said Christian Grisales, with Dallas County HHS. "They are struggling a little bit."

As the demand declines, the county admitted it had to flip its strategy and get creative.

"Instead of people coming to us, we are going to people," Grisales said.

The drop in demand caused the Parkland Center for Clinical Innovation to push pack its prediction for herd immunity in North Texas from mid-June to now late July.

"What that means is we would reach a level of immunity where any flare ups of the virus would remain localized," explained Steve Miff, president and CEO of Parkland Center for Clinical Innovation. "So it’s an important milestone, but it’s not the finish line."

"We are seeing the lowest rate is in the young, working population and the eligible school students," he said. That’s where we have the biggest opportunity."

Students like Will, who was the last in the family to get vaccinated.

"He has been making me nervous because we are going on vacation and I didn’t know if he would be allowed to enter places," Mary said.

Dallas County says the Deep Ellum pop-up clinic has sparked ideas for the county to set up in Bishop Arts, Love Field and sporting events.