Students in Uvalde won’t go back to school for another four weeks, but Texas Governor Greg Abbott announced Wednesday he is sending more security to the district.

UVALDE, Texas - Students in Uvalde won’t go back to school for another four weeks, but Texas Governor Greg Abbott announced Wednesday he is sending more security to the district.

There is still a lot of distrust in the community after the botched response to May’s school shooting.

The governor said, in part: "Texas will keep working to provide all available support and resources to the Uvalde community as they continue to heal."

The Uvalde CISD superintendent requested the extra security to calm fears from parents and students about the return to school on September 6.

The anger and anxiety was still very much present this week at the Uvalde CISD School Board meeting.

"There are hurting people, we have dead children and no accountability," one person said. "How are y’all going to change the perception of the community."

"It's too little, too late," he said about Gov. Abbott sending troopers to Uvalde this school year.

On Wednesday, Gutierrez lost his attempt to force Texas DPS to turn over its records related to the shooting.

There were 91 Texas DPS troopers who responded to the shooting, in which nobody breached the unlocked door to the classrooms where the gunman killed 19 kids and two teachers for more than an hour. 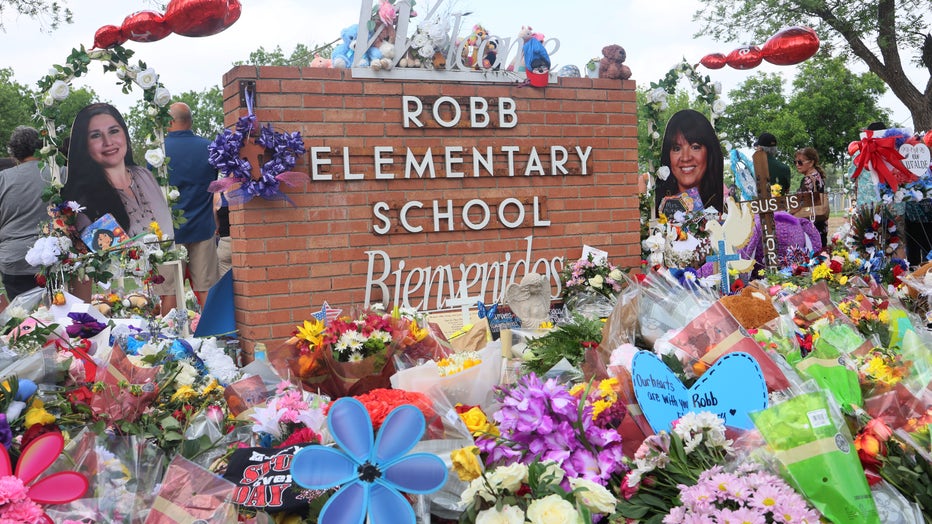 UVALDE, TEXAS - MAY 30: People visit a memorial for the 19 children and two adults killed on May 24th during a mass shooting at Robb Elementary School on May 30, 2022 in Uvalde, Texas. Visitations for Amerie Jo Garza and Maite Rodriguez, two of the 1

"DPS wants to make an argument that we didn’t go through an official portal. I don’t know of anybody in the legislature who ever has. At the end of the day, this information is public. They should be given to the people," Gutierrez said.

Gutierrez said he will appeal.

He believes the continued anger in Uvalde comes from a perception that nothing is really changing since the shooting.

"You've got not one person who has been fired, not Pete Arredondo, not Steve McCraw at the state level. No one has been fired in any way, shape, or form. And that is really frustrated this community," he added.

When it comes to the possible termination of district police chief Pete Arredondo, the school board said Monday a vote will eventually happen, and they don’t want to keep "kicking the can down the road."