Andrew Kozman registered to be a potential bone marrow or stem cell donor in 2018. He was a match out of millions for a leukemia patient hundreds of miles away in Kentucky.

ARLINGTON, Texas - A UT Arlington student is sharing his story of how a simple act can save a life.

Andrew Kozman registered to be a potential bone marrow or stem cell donor in 2018. He was a match out of millions for a leukemia patient hundreds of miles away in Kentucky.

Kozman was a match out of 39 million people. He made the donation in 2019 but was only just recently able to meet the person he saved.

Back in 2018, Kozman made a simple decision that ended up having a lifelong impact. He did a quick mouth swab and registered with ‘Be The Match’ to possibly provide a lifesaving bone marrow or stem cell donation.

Then just three months later, it turns out Kozman was just who someone had been waiting for.

More than 800 miles away in Kentucky was Chris Lyons, who has battled acute myeloid leukemia since childhood and had been waiting for a donor for about a year. 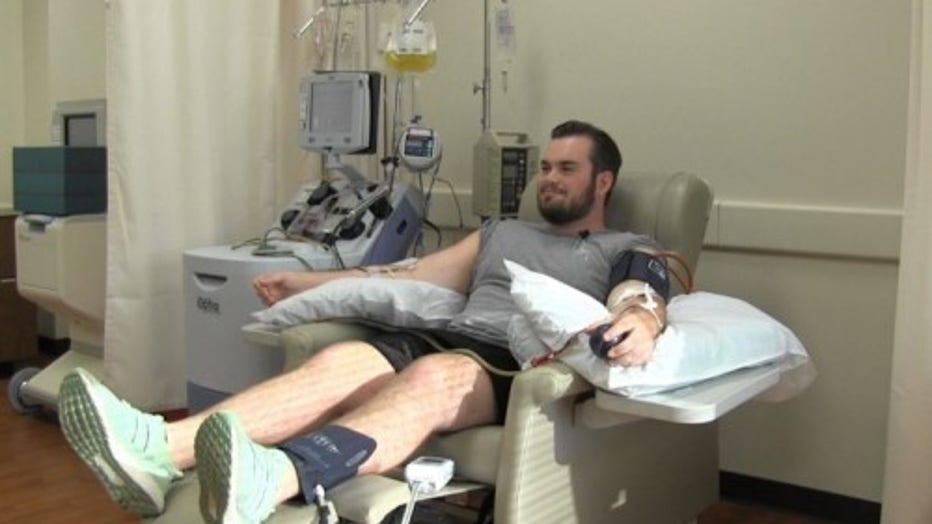 Kozman was Lyons’ match out of 39 million.

"This to me didn’t feel like I was doing anything special at the time. It was something as simple as holding a door open for strangers," Kozman said. "This felt similar to that in the fact that I can help someone in need and to be able to kind of give back a little bit."

It was something so simple, yet it saved Lyons’ life after Kozman made the donation at a local blood center in 2019.

Both expressed interest in meeting one another, and Be The Match helped connect them.

Kozman made the trip to Kentucky last month to surprise Lyons and his family as he was speaking at an event.

"The entire day we spent with Chris, he and I couldn’t look at each other without feeling some sort of bond and kind of welling up inside," Kozman said.

So far, Be The Match has matched almost 106,000 people with donors. Representatives say 70% of patients don’t have a match within their own families and have to turn to their registry.

"Not very many of us get the chance to save someone's life that are not in the medical profession or a first responder," said Linda Alexander with Be The Match. "And this is something that anyone that's qualified and matches the patient can do. And I just think that it's like not only as selfless; it is heroic." 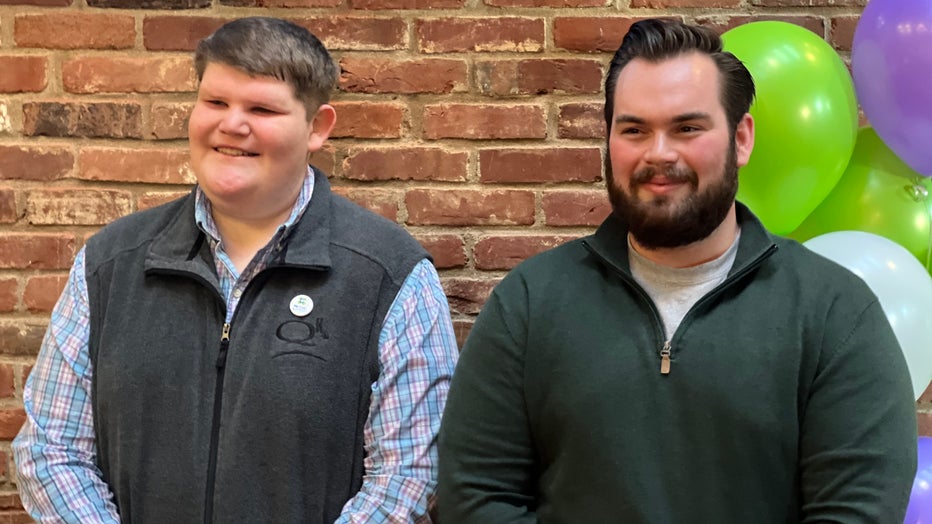 "I’ve got a new family, a new brother now in Kentucky. And they’re absolutely fantastic," Kozman said. "It couldn’t have gone to a better recipient."

Reps with Be The Match say anyone 18 to 40 years old can join the registry and possibly save a life.

Join the registry by texting "BeLikeDrew"  to 61474 or by visiting join.bethematch.org/BeLikeDrew and Be The Match will mail a cheek swab kit to their home.