Ukrainians marked Orthodox Easter with heavy hearts as their homeland's war with Russia rages on. FOX 4's Peyton Yager talked to some who were doing their best to celebrate.

There is a very tight-knit Ukrainian community in North Texas, and it’s growing.

Some have arrived here in Texas just within the last week or so, and they’re now unsure when or if they will go back.

"It’s difficult because a lot of people are having a hard time, and are not as fortunate to get out like mom, and enjoy this," said Tateyana Nechepa, whose mom escaped Ukraine.

Nechepa and her mother, Iryna, spent their Sunday together at a Grapevine park surrounded by children playing and plates of food.

A far cry from what Iryna faced less than two weeks ago, trapped in Chernihiv, Ukraine.

"They call it the rule of two walls," Tatyana said. "You want to sleep somewhere where there are two walls protecting you."

This year, the traditions of Orthodox Easter are tainted by a bloody war. 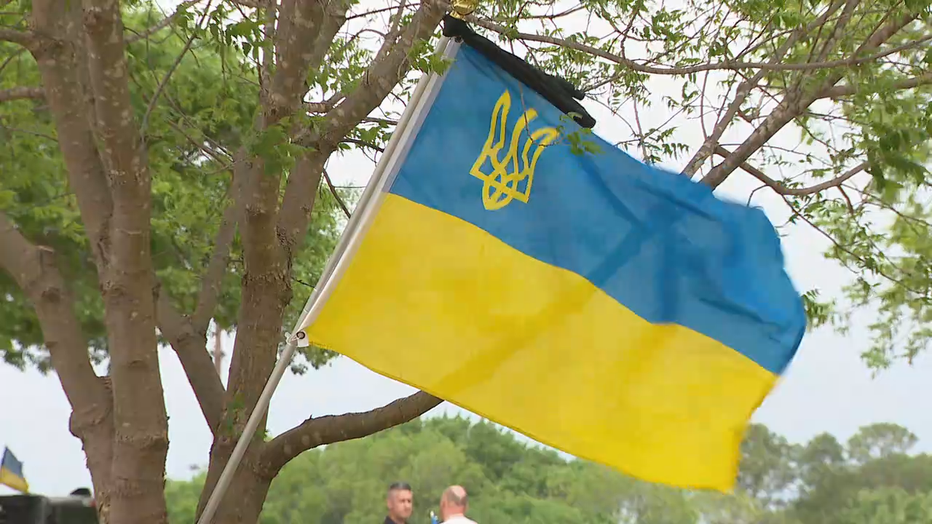 The holiday fell on two months to the day since Russia invaded Ukraine.

Some in the crowd were Ukrainian refugees who made the long journey to Texas.

Like Olga Vishnevetska and her 10-year-old daughter Ulyana. They are staying with family in Garland.

Anastasia Svistun also made the choice to leave her home in Kharkiv.

"This is horrible, all the violence. I worry about the kids more," she said.

She is now living with her mom in Richardson. She has several family members stuck in Ukraine, including children.

"I want to wish everyone peace and I hope this ends very soon," she said.