In encouraging news for holiday travelers, an airline advocacy group says carriers have stabilized their operations in recent months. The organization says December is shaping up to have the lowest cancelation rates of the entire year.

DALLAS - In encouraging news for holiday travelers, an airline advocacy group says carriers have stabilized their operations in recent months.

And so far in December, cancelation rates are down. Of course, bad weather and other problems could change all that.

It's the calm before the Christmas rush at the two North Texas airports. Flights for the most part on Wednesday were running smoothly. 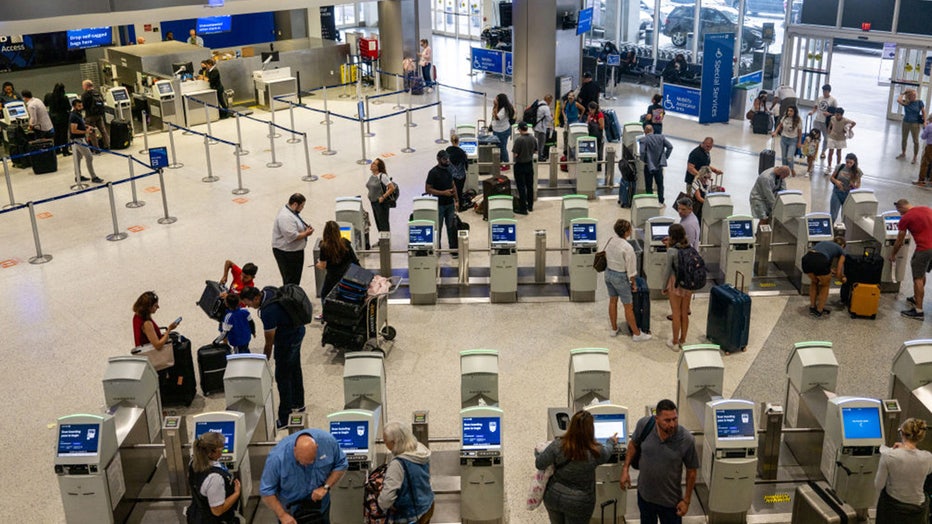 Worst US airports for flight delays

Airlines for America, which advocates for carriers like Southwest and American, estimates some two million people will pass through U.S. airports every day as we approach Christmas.

During a virtual media briefing Wednesday, the organization says December is shaping up to have the lowest cancelation rates of the entire year.

Sharon Pinkerton with Airlines for America says airline operations have stabilized since October.

"Hiring, reducing capacity in our schedules and building in reserves and buffers into the system," she said.

Pinkerton says airlines are hiring some 46,000 employees per month.

On-time arrival rates are up so far this month compared to December 2019.

But severe weather, computer glitches — which grounded many flights over the summer — and mechanical problems could leave some folks stranded.

"I actually asked if I was going to make my connecting flight. She said, ‘probably not. And I said, ‘Well, can I switch to today?’ Because there was some type of mechanical issue with the flight," she said.

Egloff is worried she'll have a similar problem when she flies home for the holidays.

"There's probably be longer lines at check-ins and things like that, so who knows."

Airlines are under pressure to improve their performance and issue prompt refunds for cancelations, with some members of Congress calling for additional passenger compensation.

But some passengers we talked to don't seem too worried.

"I've never had a problem with it," said traveler Joan Franklin. "Well, I have in the past, but recently it’s always been fine."

Allow extra time to get to the airport. Keep in mind that you may have trouble finding ride share or parking spot at the airport.

Download your carrier's app on your cell phone. That's the best way to get updated flight information.

Allow extra time to go through a security checkpoint, and consider wrapping gifts once you get to your destination.