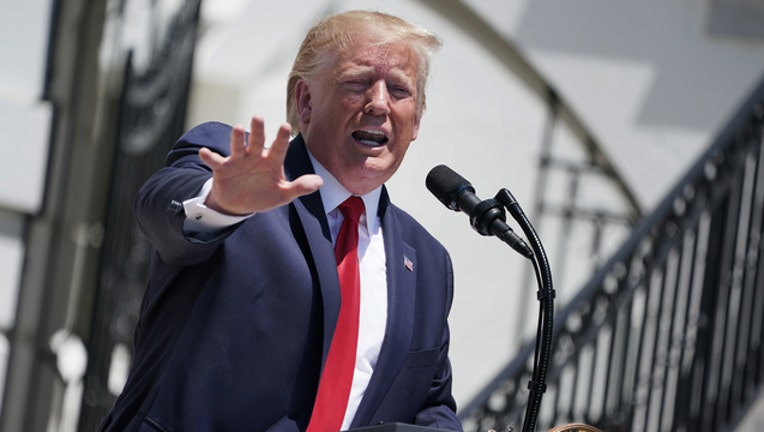 The head of a national umbrella group representing the clinics said the administration is following "an ideological agenda" that could disrupt basic health care for many low-income women.

Ahead of a planned conference Tuesday with the clinics, the Health and Human Services Department formally notified them that it will begin enforcing the ban on abortion referrals, along with a requirement that clinics maintain separate finances from facilities that provide abortions. Another requirement that both kinds of facilities cannot be under the same roof would take effect next year.

The rule is widely seen as a blow against Planned Parenthood, which provides taxpayer-funded family planning and basic health care to low-income women, as well as abortions that must be paid for separately. The organization is a mainstay of the federally funded family planning program and it has threatened to quit over the issue.

Planned Parenthood President Leana Wen said in a statement that "our doors are still open" as her organization and other groups seek to overturn the regulations in federal court. "We will not stop fighting for all those across the country in need of essential care," Wen said.

HHS said no judicial orders currently prevent it from enforcing the rule while the litigation proceeds.

Abortion opponents welcomed the administration's move. "Ending the connection between abortion and family planning is a victory for common-sense health care," Kristan Hawkins, president of Students for Life, said in a statement.

Known as Title X, the family-planning program serves about 4 million women annually through independent clinics, many operated by Planned Parenthood affiliates, which serve about 40 percent of all clients. The program provides about $260 million a year in grants to clinics.

The family planning rule is part of a series of Trump administration efforts to remake government policy on reproductive health. Other regulations tangled up in court would allow employers to opt out of offering free birth control to women workers on the basis of religious or moral objections, and grant health care professionals wider leeway to opt out of procedures that offend their religious or moral scruples.

Abortion is a legal medical procedure, but federal laws prohibit the use of taxpayer funds to pay for abortions except in cases of rape, incest, or to save the life of the woman.

Under the administration's rule, clinic staff would still be permitted to discuss abortion with clients, along with other options. However, that would no longer be required.

The American Medical Association is among the professional groups opposed to the administration's policy, saying it could affect low-income women's access to basic medical care, including birth control, cancer screenings and testing and treatment for sexually transmitted diseases. By law, the family planning program does not pay for abortions.

Religious conservatives see the regulation as a means to end what they call an indirect taxpayer subsidy of abortion providers.

Although abortion remains politically divisive, the U.S. abortion rate has dropped significantly, from about 29 per 1,000 women of reproductive age in 1980 to about 15 in 2014. Better contraception, fewer unintended pregnancies and state restrictions may have played a role, according to a recent scientific report. Polls show most Americans do not want the Supreme Court to overturn Roe v. Wade, the 1973 ruling that legalized abortion.

The Trump administration's policy echoes a Reagan-era regulation that barred clinics from even discussing abortion with women. It never went into effect as written, although the Supreme Court ruled it was appropriate.

The policy was rescinded under President Bill Clinton, and a new rule took effect requiring "nondirective" counseling to include a full range of options for women. The Trump administration is now rolling back the Clinton requirement.