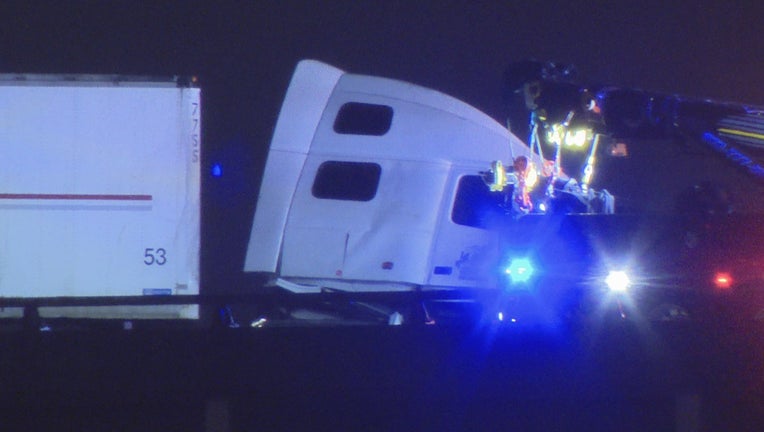 DALLAS - As the weather moved in Wednesday night, a truck driver died in an accident on Interstate 45 near Downtown Dallas.

It happened around 9 p.m. on southbound I-45 over eastbound I-30. The truck jack-knifed on the slick road and hit a guard rail.

Sheriff’s deputies said the driver was thrown out of the cab and fell about 40 feet onto the I-30 ramp.

The driver’s dog was also killed in the crash.

The highway was shut down for several hours for cleanup and an investigation.