While many North Texans are staying safe at home, first responders are preparing to work through the winter storm ad spent the week preparing their vehicles for icy conditions.

ARLINGTON, Texas - While many North Texans are staying safe at home, first responders are preparing to work through the winter storm ad spent the week preparing their vehicles for icy conditions.

The Arlington Police Department is preparing for the possibility of having to navigate on the ice.

Instead of bulkier chains, the department has tire cables available for the hundreds of patrol cars in their fleet. They’re easier to install than chains and less time-consuming, only taking a few minutes to cover each tire.

Arlington Cpl. Deric Sheriff says the department purchased the cables about 10 years ago but rarely had to use them until last winter.

What to Expect: Ice, sleet and snow in the forecast for DFW

"That’s the bad thing about being in Texas. We’re usually not prepared for this kind of weather. And we have the equipment, but we’re not used to using it," he said. "So the officers actually have to adjust to them as well. And if road conditions get bad, that’s when the upper command staff will say everybody needs them." 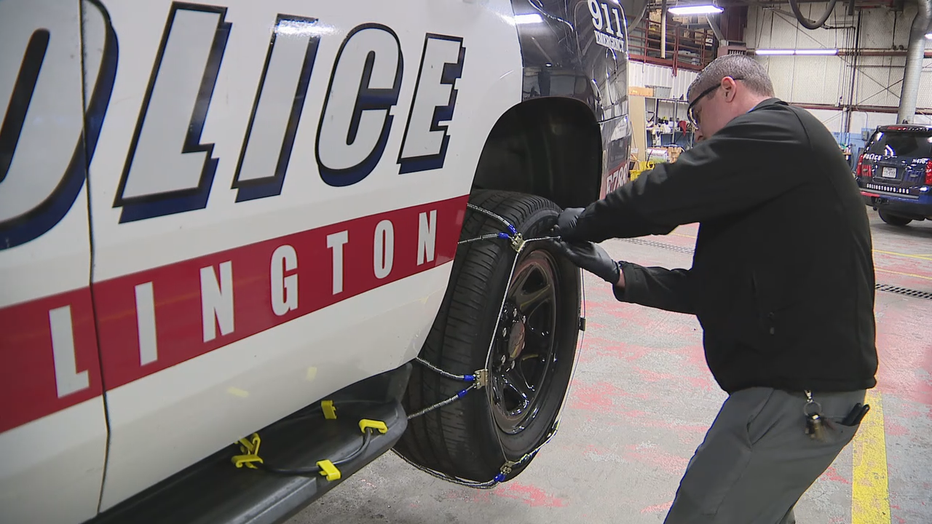 Sheriff says the department will make that call if police vehicles start spinning out or have trouble accessing certain roads.

While the cables provide traction, the officers can only drive about 20 miles per hour with them installed.