Irving police have made an arrest in a murder from earlier this year after getting tips from&nbsp;FOX 4 viewers who saw the case on Trackdown.

IRVING, Texas - Irving police have made an arrest in a murder from earlier this year.

It came after tips from FOX 4 viewers who saw the case on Trackdown.

Brandon Burns was killed in May. His case was featured on Trackdown four months ago.

Police were able to make an arrest in the case late Thursday.

Irving police said they may not have been able to make an arrest in this case without the call from the viewer.

“When you came out and ran a story on this murder that occurred May 19th, we started getting tips coming in,” Irving PD officer Robert Reeves said.

“On May 19th, about 8:30 p.m., we got a phone call about a shooting that happened over here in this apartment complex,” he said.

Surveillance video showed the Yukon Burns was a passenger in arriving at the Surround Apartments.

After the shooting, the back passenger was caught on video running for his life.

Police had no good leads.

Two and a half months later, on July 29, Irving police asked Trackdown to bring attention to this homicide.

Calls from viewers pointed police in the right direction.

“Through investigation and follow up leads, we were able to track down and arrest Domier Davis for the offense of murder,” Reeves said. 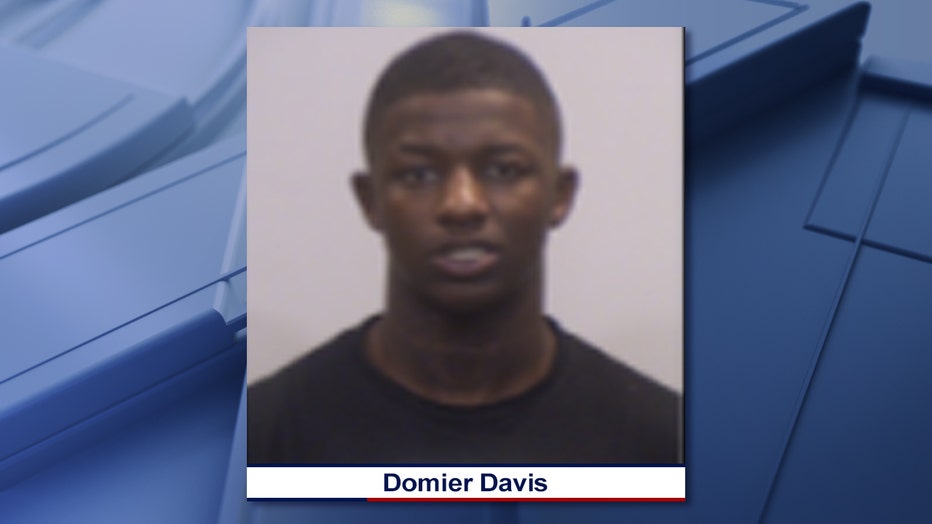 He was arrested Thursday at a North Dallas barber shop.

Davis was charged with murder and aggravated assault. His bond was set at $1.1 million.

“Big thanks to the viewers of FOX 4, for sure,” Reeves added.

Police said many viewers called on this case with what they knew.

“People ultimately want to see bad people go to jail, and when we have a murder suspect that is out there on the loose, they definitely want the police department to do what we're here to do - our job - and to find those individuals and put them in jail,” Reeves said.

Irving police said that despite the climate in the country right now, this shows people still want to and will work with police.