In this week’s Trackdown, gunshots were fired into a parking lot outside of a North Dallas convenience store. A woman was hit in the volley of bullets.

DALLAS - In this week’s Trackdown, gunshots were fired into a parking lot outside of a North Dallas convenience store. A woman was hit in the volley of bullets.

A car was caught on tape that carried the shooters, a late model Honda Accord.

The woman survived, but a shooting in a parking lot with people nearby gets the attention of police.

"These are dangerous guys," Dallas PD Det. Marc Tucker. "They could’ve shot anybody at any time with no remorse."

The shooting happened just before 1:45 a.m., back on December 15, at a convenience store in the 13000 block of Esperanza Road, just south of Central Expressway and Spring Valley.

The shooting left a woman injured. 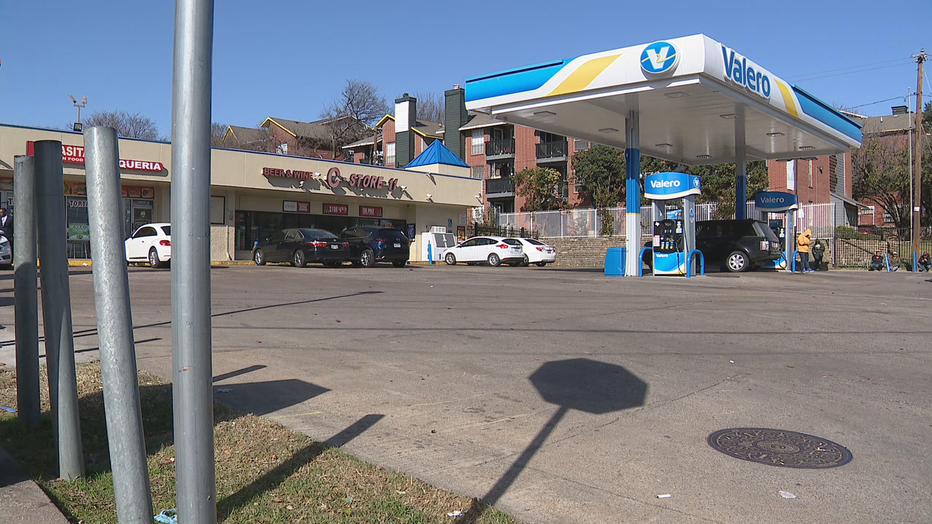 "She's outside, talking to an older Hispanic male, an old acquaintance she knew. My witness and another car pulled up. A young man walked from the car, parked at the gas pump here, and walked in, approached her, they had a little brief conversation. She gave him some money to go inside the store and buy something, purchase something for her," Det. Tucker explained.

She didn’t go inside because she's banned from the store after getting into it with someone a few days before the shooting.

Police believe the vehicle the shooter was in was a gold Honda Accord.

Police said that vehicle made several rounds scouting the area before the shooting.

"The car returns down Esperanza, comes back in front of the street and parks and stops at the stop sign and fires two to three shots in her direction, her and the Hispanic male she was talking to," Det. Tucker said. "She was struck one time, in the thigh, and when she fell down, she crawled into the store and they called the ambulance."

Police aren’t sure if she was the intended target, but are asking those with information to help them find the shooter.

Anyone with information is asked to call Det. Tucker at 214-671-3621 or email him at marc.tucker@dallascityhall.com.