Fort Worth police are hoping someone can help them find the men in a red Honda with a missing back bumper that opened fire on a group of high school kids leaving a party back in April.

FORT WORTH, Texas - In this week’s Trackdown, Fort Worth police are hoping someone can help them find the men in a red Honda with a missing back bumper that opened fire on a group of high school kids leaving a party back in April.

A 17-year-old with no ties to trouble was killed in the shooting.

Police have released video and still images of the shooting. The biggest clue is the red Honda missing the back bumper the shooters were in.

The shooting happened just after midnight on April 24, in the 3800 block of Altamesa Boulevard.

"Crowley had a prom party, kind of after-hours party for the children or the kids that were going off to college and getting ready for the summer," Fort Worth PD Det. Kent Bickley said. "This parking lot was full of cars. Hundreds of kids."

Police said the red Honda pulled up during the party. 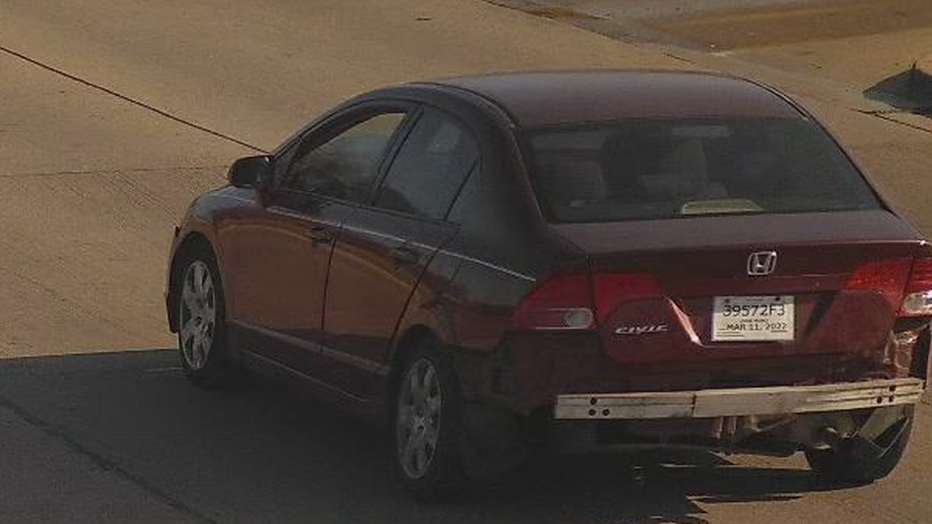 A group came out of the party and was heading toward their cars to go home. Rashard Guinyard was in that group.

"Rashard had a full ride. He was going to Abilene Christian on a track scholarship. This kid was going places. He had no enemies, everybody loved him, never been in trouble. He did the right things," Det. Bickley said.

As Guinyard and his group were leaving, that’s when those in the red Honda decided to open fire.

"As they are approaching this first row of cars right here, the Honda pulls out, facing back eastbound. Multiple suspects exit that vehicle and they open fire on this parking lot full of kids," the detective said. "Unfortunately, Rashard, the track star, he thinks, I can outrun this situation, right? He takes off running down the corridor here, and about at this corner here, where it says for lease, unfortunately, Rashard was hit and was murdered." 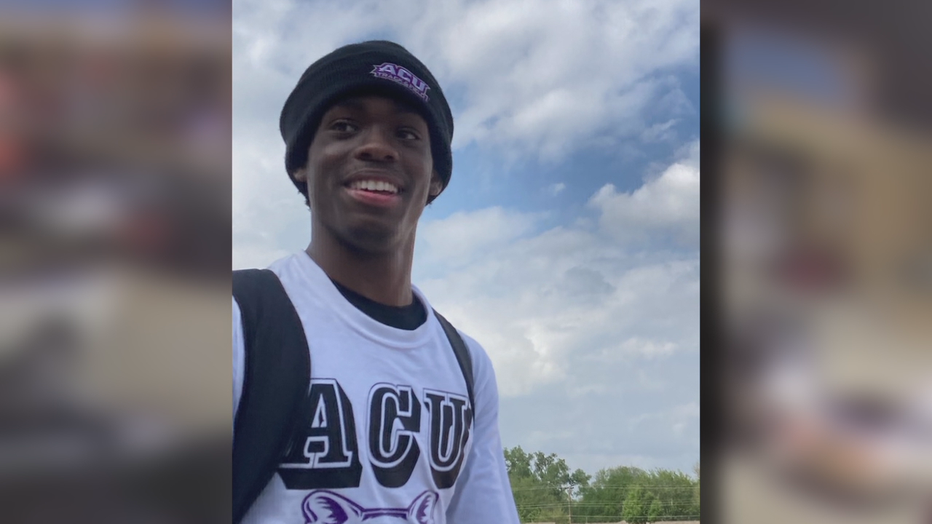 Surveillance video has helped police determine that red Honda was the vehicle involved in the shooting, but now they need help identifying those who were inside it.

"It's a very unique vehicle. It’s a red Honda. The whole back bumper is missing," Det. Bickley said. "It's really up to the viewers to say, ‘I’ve seen that car in this neighborhood. I've seen this guy driving that car.’ That small bit of information is what could solve this case."