In this week’s Trackdown, Dallas police hope someone can help solve the murder of a 16-year-old in East Oak Cliff last month. The teen was driving when he was shot and crashed into a home.

DALLAS - In this week’s Trackdown, Dallas police hope someone can help solve the murder of a 16-year-old in East Oak Cliff last month.

The teen was driving when he was shot and crashed into a home.

Police have released surveillance video of two people who they are looking for.

Police were called about a crash after an SUV left the road and drove into a home, causing great damage.

First responders would soon learn it was no accident

Rivera was driving the SUV, and died from that gunshot.

"Homicide was called out. We canvassed the neighborhood. We were able to find some video from different residents," Det. Belew said.

Just minutes before he was killed, Rivera was caught on tape slow rolling along streets in the area in the SUV. He was driving along Dalview Avenue and Brock Street, and it appeared he was looking for someone or something.

"And then shortly after that, you see two young males walking at an angle onto Dalview," Det. Belew said. "And then you see my complainant’s vehicle come back into sight and it looks like one of those males who had on a white shirt is now seated in the front passenger seat." 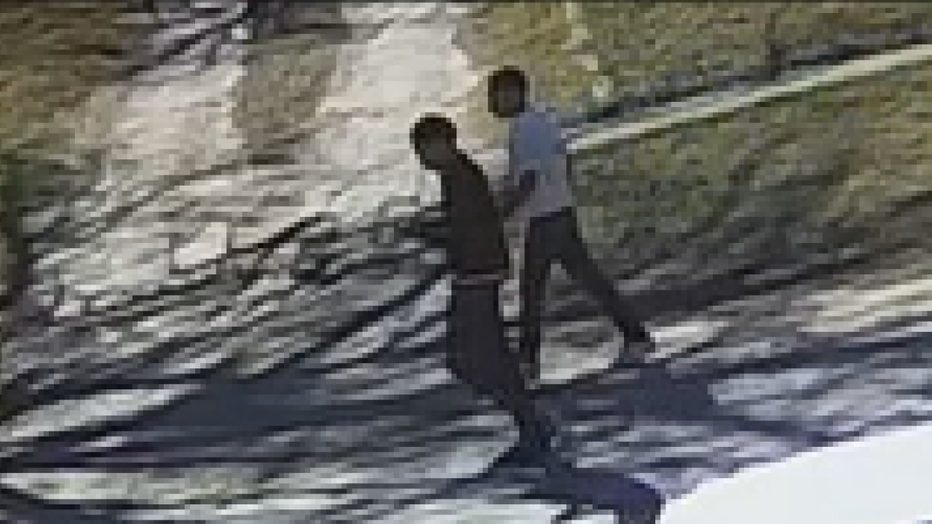 Police believe the suspects were in the SUV with Rivera.

"He then makes a left hand turn from Dalview, onto Brock Street, and he drives down Brock, where eventually you see him collide with the house," Det. Belew explained. "After that, we see two young men, the same young men who were possibly walking on Dalview, now running from Diceman onto Brock Street, back down to Dalview."

Police are seeking the public’s help to identify those two suspects.

"I’m trying to find out who they are. If anyone out there recognizes them, the video is great, and hopefully they can recognize their face, recognize their physical description, and please give me a call," Det. Belew said. "I need a name, a street name, somewhere where they've seen them before. Anything that can help solve the murder of Marvin Rivera.

Anyone with information can call Det. Belew at 214-422-9275 or email patty.belew@dallascityhall.com.