Fort Worth police hope someone can help them solve a January drive-by shooting that killed a sleeping 15-year-old.

FORT WORTH, Texas - In this week’s Trackdown, Fort Worth police hope someone can help them solve a January drive-by shooting that killed a sleeping 15-year-old.

Police said they have found no reason the teen and his family were targeted, and think the shooters hit the wrong house.

Fort Worth police don't have much to go on right now for the fatal shooting back on Jan. 15, which happened at about 7:30 a.m., in the 700 block of Ravine Road.

"Officers responded to a drive-by," Fort Worth PD Homicide Det. Kent Bickley said. "Upon arriving at the house, they learned that a 15-year-old had been shot while sleeping in his bed."

The victim was later identified as Higinio Edwin Flores. 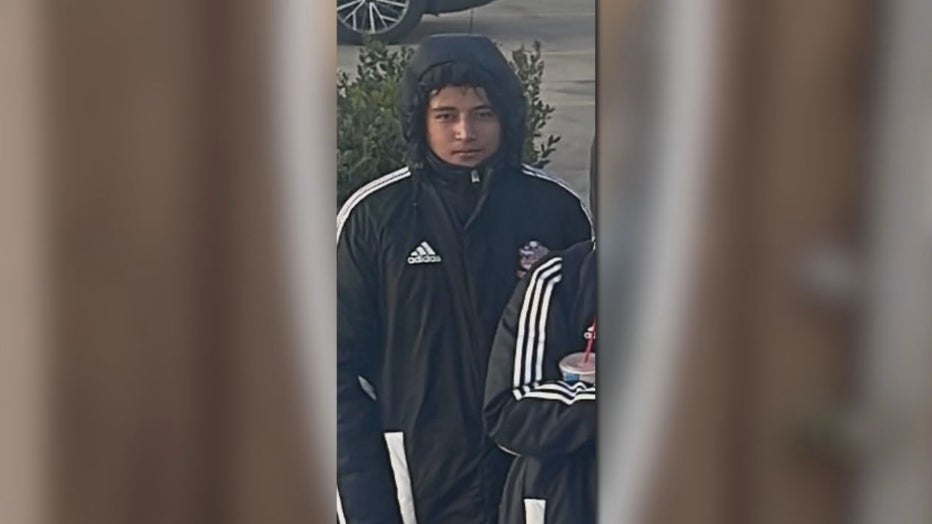 RELATED: Sleeping Fort Worth 15-year-old killed in drive by shooting

"[Flores] was very well respected at his high school. His high school actually put out a video in remembrance of him. He was a star on the soccer team, tons of friends, never been in trouble," Det. Bickley said.

Through tears, Higinio Edwin Flores Sr. described the pain of losing his son and how difficult these seven months have been as he comforts his 11-year-old son.

Both have shirts remembering the 15-year-old.

Police pulled nearby surveillance video and found a silver Chrysler 300 going south. After the shooting, it U-turned and goes back north.

"The difficult part with those Chrysler vehicles, there's a lot of them out there. This one in particular had some stuff in the windshield, possibly some stickers," Det. Bickley said. "The rims almost look all black, with maybe a silver hubcap, and the front grill looked like, at one point, maybe it had been damaged or maybe missing the actual grill part in the front of the vehicle."

Police believe the shooters hit the wrong house, and they are hoping someone heard about the shooting and can help bring the killers in.

"During the drive-by that took place, the house was hit multiple times, including the gate. Again, we think this was just the wrong house, and unfortunately, the child was in the front bedroom. Here we are trying to get answers for this family," Det. Bickley said. "I believe they probably told somebody, ‘Oh we messed up. We hit the wrong house.’ We don't know, but we need somebody to come forward and help us out."