Dallas police say a verbal argument at a Dallas Dave & Busters quickly turned into a physical one. That's when shots were fired and a father of two was killed. Police need your help to find the person of interest who walked away after the shooting.

DALLAS - Dallas police need your help to find the person involved in a fatal shooting at Dave & Busters last week and the group of people he was with.

The man who was killed was shot with his own gun.

It happened at the Dave & Busters location off Central and Walnut Hill last Wednesday around 11: 15 p.m.

Dallas Homicide Det. Patty Belew says a verbal altercation quickly turned into a physical one, and then shots were fired. 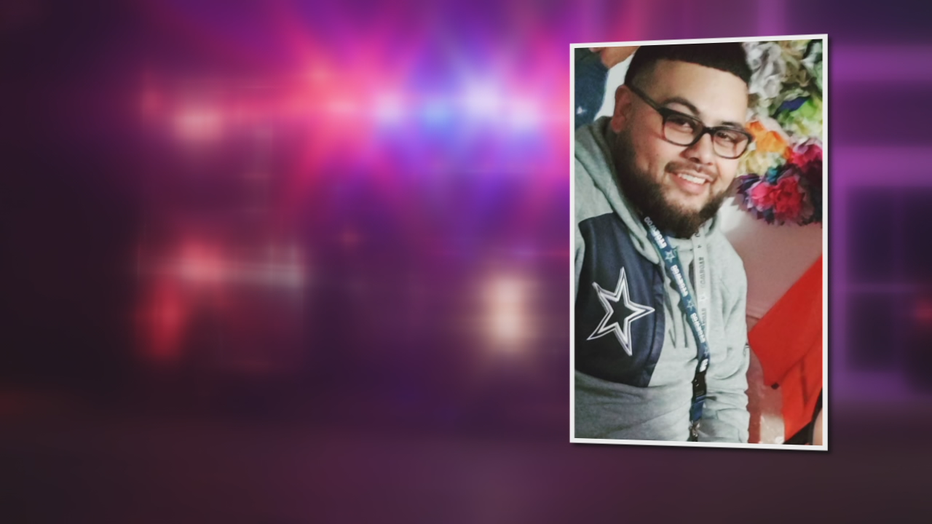 "My complainant is Willie Najera, and he's 28 years old. And he's the father of two girls that I know of, and he brought the girls here to have a good time here at Dave & Busters," she said. "On the video, you'll see the complainant and the unknown Black male who is wearing a white shirt, who is my person of interest. They are fighting on the floor, and then they go down. And the complainant does have a gun. And during the altercation, he loses custody of the gun. The person of interest gets the gun and then shoots the complainant." 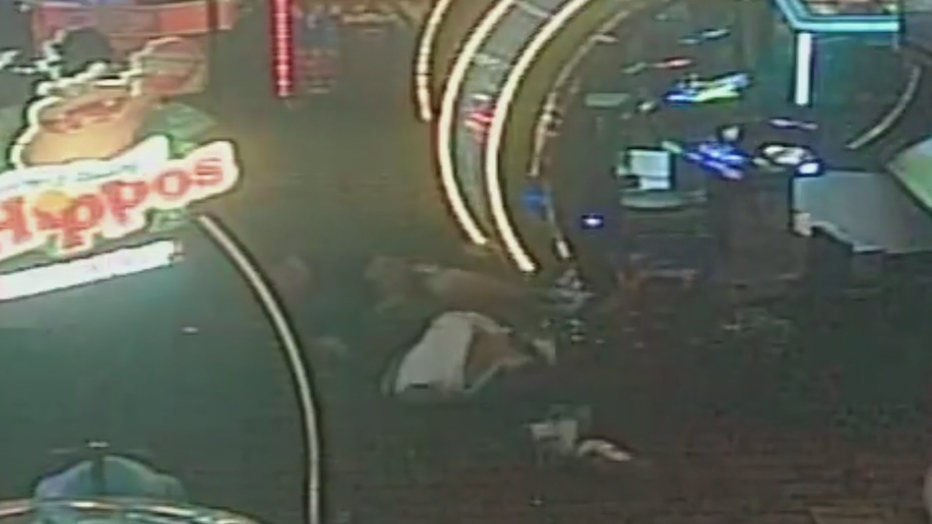 Belew says the person of interest then left.

"He leaves the scene in the same vehicle he arrives. It’s a light-colored sedan. We're not sure if it’s an Infiniti type of car. And he's a passenger in that car. And then you see him walk over the parking lot to where some other people are standing who arrived moments earlier before him, and then they all walk in together."

The detective says his hairstyle and choice of clothing stand out.

"He has this white Nike shirt with the monogram that’s shown on there. And then he also has dreadlocks and with somewhat of a receding hairline a little bit, too," she said. "If you know him, you know him. He had on a white shirt. And during the altercation, he got blood on that shirt." 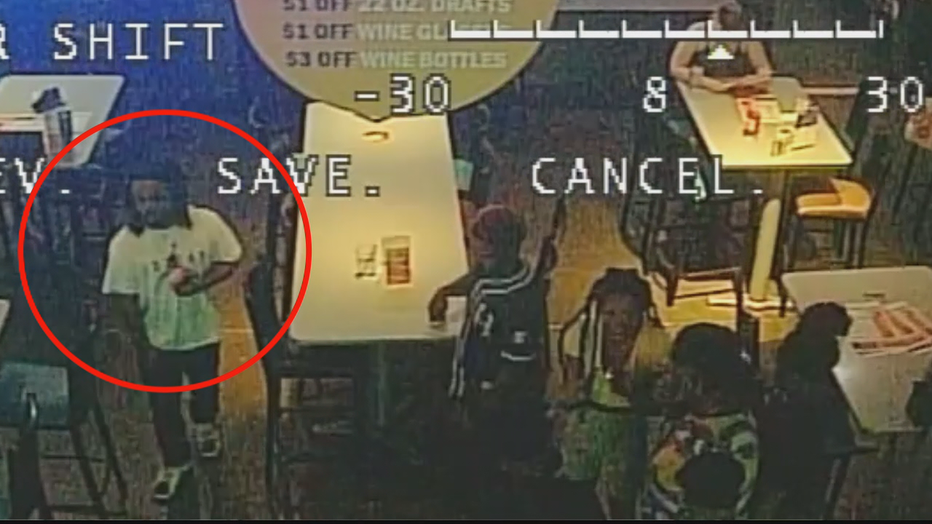