In this week’s Trackdown, two men open fire with high-powered weapons on another man in his car in broad daylight.

DALLAS - In this week’s Trackdown, two men open fire with high-powered weapons on another man in his car in broad daylight.

It happened last month in Central Oak Cliff. With surveillance video, police hope someone can tell them who's driving.

The shooting happened on July 8 around 5 p.m. at the Meo Mart Mobile Station on South Polk Street.

"Our suspect, they parked their gray Nissan Maxima right here at this pump. They were sitting there about a minute," said Dallas Police Det. Alexander Zabriskie. "The driver gets out and puts his shirt on. The complainant pulls up and parks by that bush right there. Then the suspect, who is already out of the car, and someone in the backseat both get out of the vehicle and fire several rounds with their rifles into his vehicle. He was hit several times in the arm the leg and the back."

No words were exchanged. The victim told police he didn’t know the people who shot him. 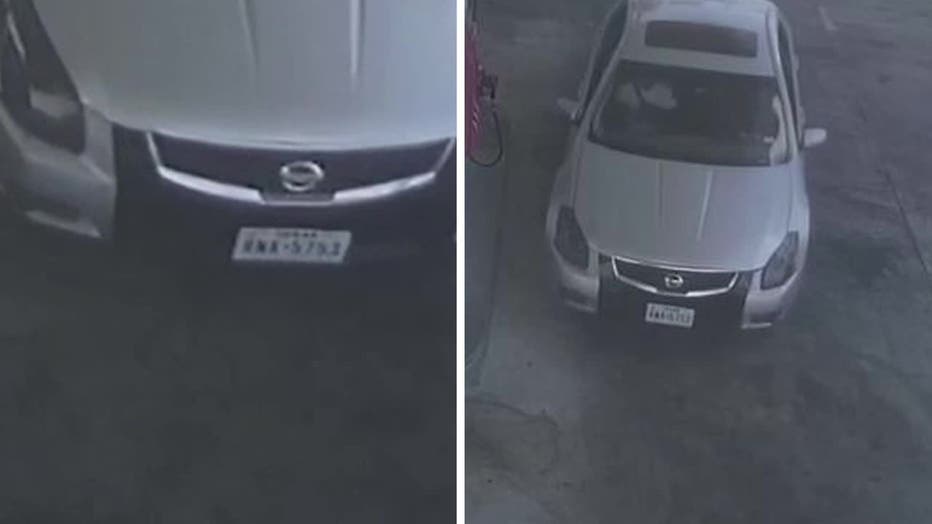 "There's also another car just driving home from work, driving up Polk that gets hit as well," Zabriskie said. "But luckily he wasn't struck though."

The detective says nothing stands out on the Nissan Maxima, aside from the sunroof and a black bumper.

"You get part of the license plate. You get the last four, but you can't get the beginning part. And it’s not a good enough description of the guys. We can't make out their faces," Zabriskie said. "Someone knows something. And like I said, these guys are shooting into traffic. Both of these guys, they could have hit anybody."

Zabriskie hopes somebody knows what happened.

"They didn’t just shoot him for no reason right here in this parking lot," he said.

Anyone with information is urged to contact Det. Zabriskie at (469) 849-3760 or at alexander.zabriskie@dallascityhall.com.