Trackdown: Help find the man who shot 19-year-old the day before Thanksgiving

In this week’s Trackdown, Dallas police have a renewed effort in their search for a gunman who shot and injured a 19-year-old man in Deep Ellum seven months ago.

DALLAS - In this week’s Trackdown, Dallas police have a renewed effort in their search for a gunman who shot and injured a 19-year-old man in Deep Ellum seven months ago.

There is an image of the shooter, who has some pretty unique characteristics. Police hope it will help them find him.

The person who was shot survived, but Dallas police need the public’s help to track down the man who went from passing words, to pulling a weapon in only seconds.

"You're going to see the suspect walking. You'll see a profile of his face, but you'll see tattoos on his left arm, possibly his right arm, but definitely his left arm," explained Dallas PD Det. Brandon Koch. 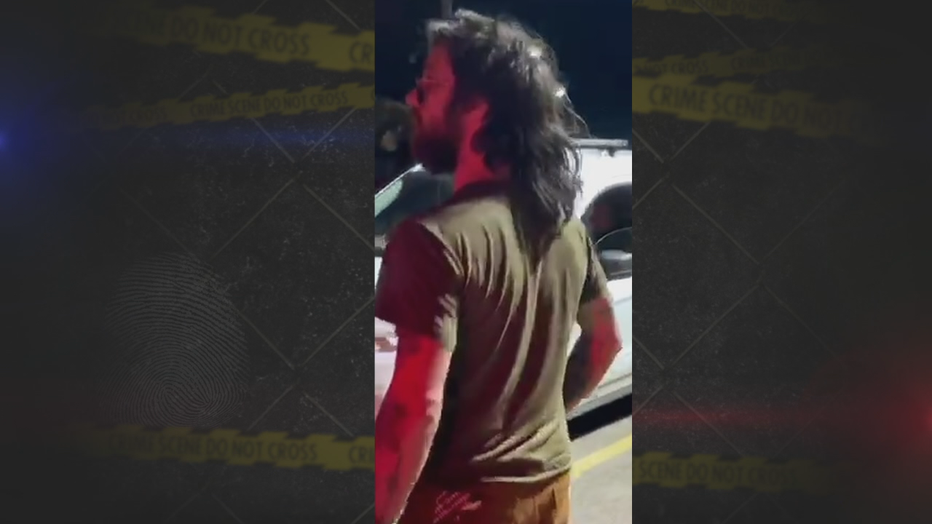 Koch hopes the tattoos will help police find the shooter of a 19-year-old in Deep Ellum back on November 25, the day before Thanksgiving, 2020.

The shooting happened in the parking lot at the corner of Main and Malcolm X, underneath the Deep Ellum sign.

The suspect was in a van, a white Ford Transit Connect. It appears to be a work van.

"They exchange words with the suspect, from his vehicle in the street, to the complainant and his friends right here and he'll pull around, comes in and he parks right here. He gets out, along with the female in the car, and they confront each other," Det. Koch said.

After the shooting, the man climbed back in the van and moved on.

"And he was also with an unknown white female that looked like she was filming the incident, and she got into the passenger seat with him," the detective said. "We know [the suspect] is a white or Latin male, probably about mid-twenties. He's got a long dark mullet, beard, he was wearing leopard print glasses, dark green shirt, and like tan pants."

Police said people who know the suspect should recognize him with tattoos on his left arm, and possibly his right.

The victim lived. Koch said recently reconnected with him, and his life changed seven months ago.

Anyone with information about the suspect is asked to call Det. Koch at 214-671-3636 or email him at brandon.koch@dallascityhall.com.