Trackdown: Help find the man who killed Doris Ramirez in front of her kids

In this week’s Trackdown, Dallas police are working to find a man who supposedly loved a 33-year-old woman, but police said he shot and killed her in front of her kids.

DALLAS - In this week’s Trackdown, Dallas police are working to find a man who supposedly loved a 33-year-old woman, but police said he shot and killed her in front of her kids.

Dallas PD Detective Eric Hearn is hoping something can help police find Ricardo Navarro Carvajal, who is accused of a murder, before getting in his truck and driving away.

"If he'll do that in front of family members, people that already know him, he's very dangerous and he needs to be off the street as soon as possible," Det. Hearn said.

Carvajal is the man Dallas police said shot and killed Doris Ramirez in front of her three kids, other family, and friends 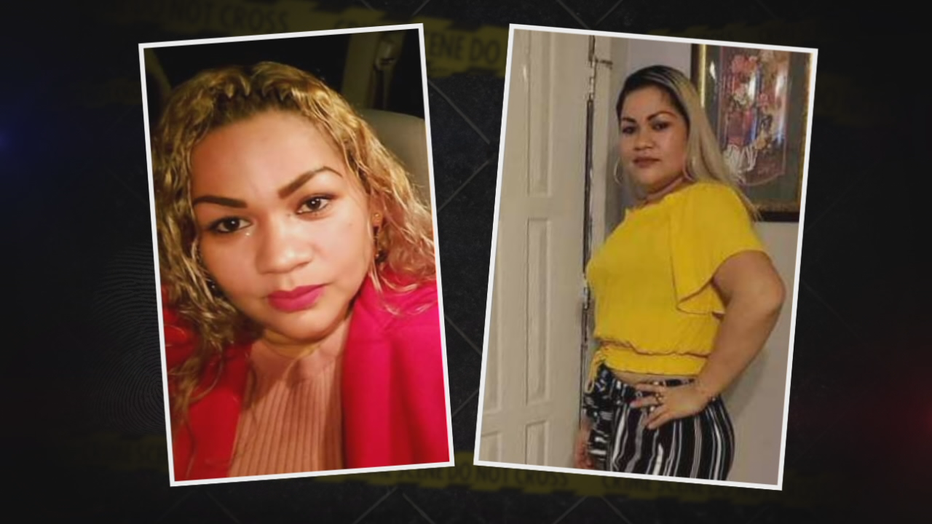 "She was in a dating relationship with him for approximately 13 years, off and on," Det. Hearn said.

"They were at a social gathering. According to multiple witnesses, the suspect seemed like he was agitated," the detective said. "The suspect walked out the front door, right here, and walked up to my complainant and shot her without remorse."

Carvajal is seen on surveillance video fleeing the scene.

"After he shot the complainant, Mrs. Doris Ramirez, he walked out. You can see him on video pointing the gun at innocent bystanders who were attending the social gathering. He jumped into his black Dodge 2008 pickup truck and fled the scene," the detective explained.

Police are hoping anyone with information on his whereabouts can help them find him.

"I need the public’s assistance. This guy, for him to commit this violent crime in front of family members, I sympathize more importantly for the children. He did this in front of [Ramirez’s] young kids," Det. Hearn said.

Carvajal is from Honduras, but Hearn believes he's hiding here in North Texas.

"He actively worked, so I know people know him. He has some family members here in Texas, so he's very well-known. I think we put this video out to the public, somebody should be able to help us out," the detective added.

Crime Stoppers is offering a $5,000 reward for information.

Anyone with information is asked to contact Det. Hearn at 214-883-9507 or email him at eric.hearn@dallascityhall.com.

Help track down the man who killed Doris Ramirez in front of her three young children.