In this week’s Trackdown, Fort Worth police are concerned after recent violent robberies of some north side businesses by the same man riding a very unique motorcycle.

FORT WORTH, Texas - In this week’s Trackdown, Fort Worth police are concerned after recent violent robberies of some north side businesses by the same man riding a very unique motorcycle.

Fort Worth Officer Buddy Calzada says the violent armed robberies of businesses have been happening in the middle of the day.

"He's got a gun. He demands money from this business very violently with this handgun," he said. "Two specific instances, you can see he demanded it at gunpoint."

Both businesses are on Fort Worth's north side in strip centers at the 100 block of Longhorn Road and in the 1600 block of Watagua -Smithfield.

"As he comes in, he lifts his mask right up and pulls the gun immediately out of his pocket and takes it to the register. And as you can see right there, he points the handgun, demands the money and just puts this person in fear of their life," Calzada said. "We're looking for a white male, approximately 40 to 50 years old now. I do have some specifics I can give you to help track him down. He's gonna be about six feet tall and approximately 250 pounds."

The suspect is wearing a ring of some sort on his right hand. 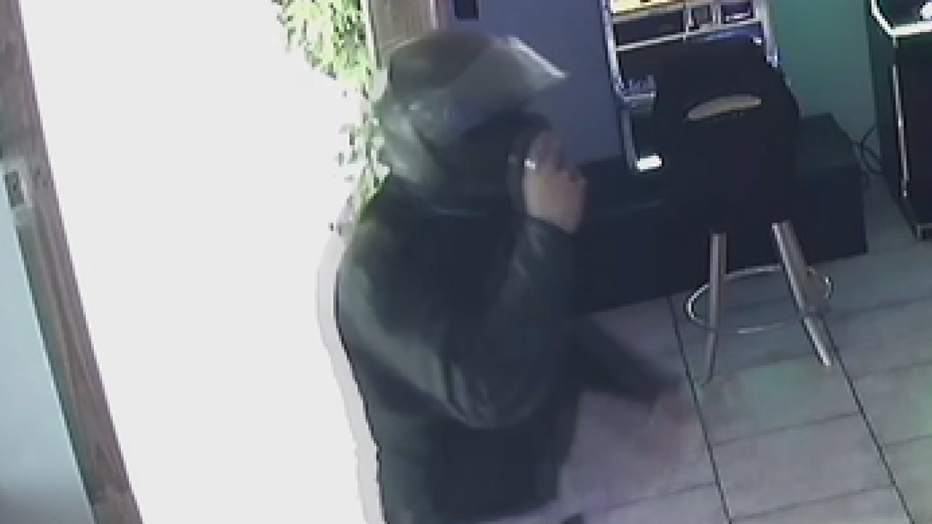 "And the biggest thing is this next video that I'd like to show you," Calzada said. "And that motorcycle right there is what we want to focus on. And the reason is because we know it’s a Kawasaki motorcycle. You'll see as he gets ready to take off, it kind of stalls out on him. You guys will be able to see this green Kawasaki motorcycle has what I believe is a big shark decal on it." 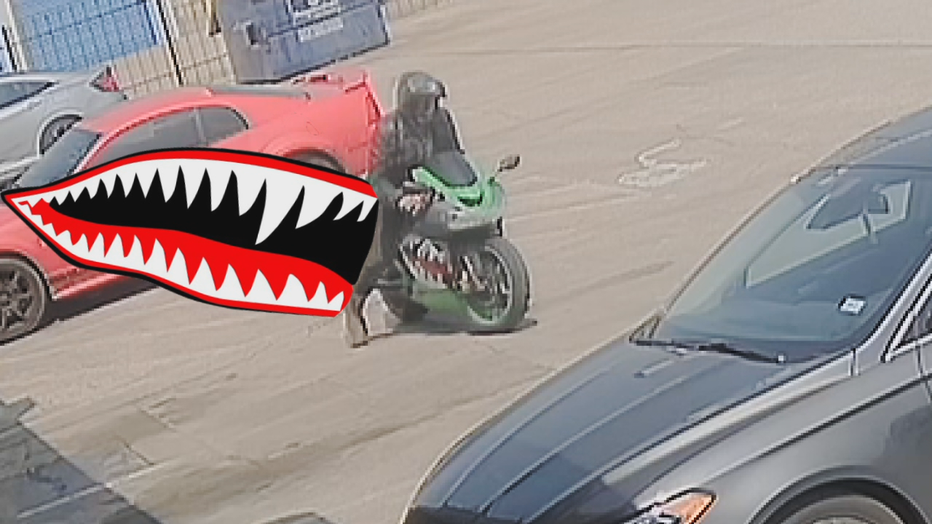 Officers hope somebody knows the motorcycle and can help identify who is committing these violent crimes.

"No one’s been hurt yet, but it’s very violent when you get a handgun pointed at somebody demanding cash from the business," Calzada said.