In this week’s Trackdown, Dallas police hope someone can help solve the murder of a young mother of two who was killed while driving family members to a neighborhood store.

DALLAS - In this week’s Trackdown, Dallas police hope someone can help solve the murder of a young mother of two who was killed while driving family members to a neighborhood store.

Police said she was not the target, but the bullet barrage took her life.

There is surveillance video of the car caught on tape that detectives are trying to track down.

This murder happened just after 4 p.m. back on March 9, near the intersection of Illinois and Wilhurt avenues.

"Miss Shanique Alex was simply giving her family member a ride to the corner store, and she exited the Royal Crest Apartments," Dallas PD Homicide Detective Guy Curtis explained. "This car was already sitting here waiting on them." 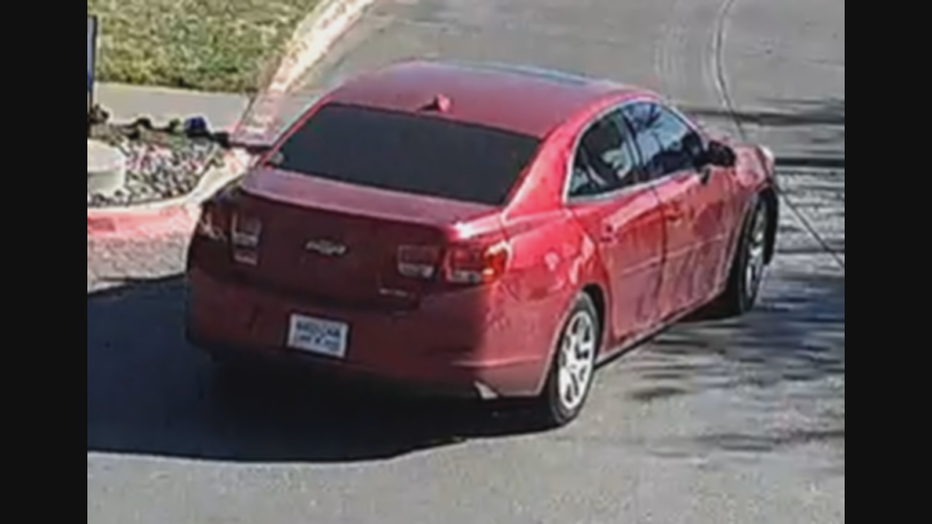 Police are working to find a 2014 or 2015 red Chevy Impala that they believe was involved in the fatal shooting.

"Because the shooter was already out of the car standing, and as she exited, moved onto Illinois, he started firing rounds," Det. Curtis said.

Alex, a 25-year-old mother of two, was shot and killed. Detectives do not believe she was the intended target.

"You hear the term random acts of violence. No, this was an intentional act. They intentionally targeted her car. Now there were family members with her, but she was struck and killed, and now she's gone for no reason, for absolutely no reason," Det. Curtis said.

The key to solving her murder is finding the red Chevrolet Impala.

"It's definitely a 2014 or 2015 Chevy Impala. It has a large dent in the driver's rear passenger door. It has a sunroof and sport rims. When they did this offense, they removed the license plates, so they were obviously thinking and planning ahead for it," the detective said.

Det. Curtis said the dent in the door is "significant," and someone should be able to recognize it.