DALLAS - In this week’s Trackdown, police need a witness who saw someone shoot into a pickup truck in Downtown Dallas to come forward and help solve the crime.

Surveillance video from the corner of South Ervay and Main streets shows people walking, some waiting at the traffic light, others watching an argument between people in two vehicles before shots are fired and a back seat passenger is killed

And while many people were around when the fatal shooting happened, none have come forward, and that’s what Dallas PD detective Jake Morgan needs.

“Several people walking around, cars stopped at the light, someone had to see it. You can them run off when the shooting starts,” Morgan said.

Det. Morgan describes the busy activity at South Ervay and Main streets in Downtown Dallas, at 10:15 p.m., on September 24.

That’s when Paul Clinton, the backseat passenger in a truck, was shot and killed. 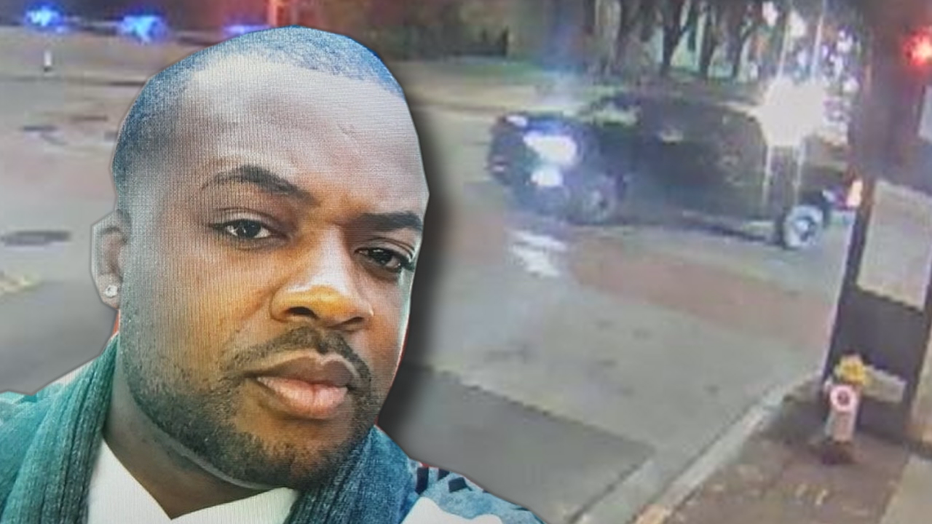 “We had a couple and their friends who were visiting from out of town, driving through Downtown Dallas. As they stopped at the traffic light right here, South Ervay and Main Street, there was some sort of altercation between them and some folks who were parked on the side of the road,” Det. Morgan said.

Clinton, who was a father of two, was not part of the argument.

“His girlfriend, or fiancé, is actually driving the truck, and he's seated in the back passenger seat. The altercation happens, shots are fired, and you see the truck make a left hand turn onto Main Street. They drive straight to the hospital when they realize Paul is struck by a bullet,” the detective explained.

The truck Clinton was in blocked the camera from capturing the car that the shooter was in.

“We think it was a small red car of some sort,” Det. Morgan said. “We really don’t have a lot to go on. We really need witnesses to reach out and help on this one.”

Det. Morgan said it’s tough for police to solve these random murders, but they need help from any witnesses.

“The best way that we solve cases is when the citizens of Dallas help us,” he said.

Anyone with information on this case is asked to call Det. Morgan at 214-425-9905 or email him at jake.morgan@dallascityhall.com.

Crime Stoppers is also offering a reward to help find the killer of Paul Clinton.