In this week’s Trackdown, Dallas police need the public’s help to find the man who detectives say deliberately drove over and killed another man with his black SUV.

DALLAS - In this week’s Trackdown, Dallas police need the public’s help to find the man who detectives say deliberately drove over and killed another man with his black SUV.

It happened between 2:30-3 a.m. on March 1, at the busy intersection of Plano Road and Northwest Highway.

There is video of the man and his SUV who Dallas PD Det. Chad Murphy needs to track down. He was caught on tape, but still at-large

"We had the incident that occurred in the parking lot between the End Zone and McDonald’s, where the victim and the person of interest may have been involved in some kind of verbal altercation," Det. Murphy explained.

Police said they have video of the suspect walking with the victim, Bobby Sawyer, toward the back of the strip center.

"It looks like this person is kind of forcing him to walk back there. They return back into that parking lot there. Looks like there may have been a verbal altercation inside that parking lot," Det. Murphy said "Gets in to what we believe may be a black BMW X5."

Sawyer then walks away and crosses Plano Road, headed east on Northwest Highway. 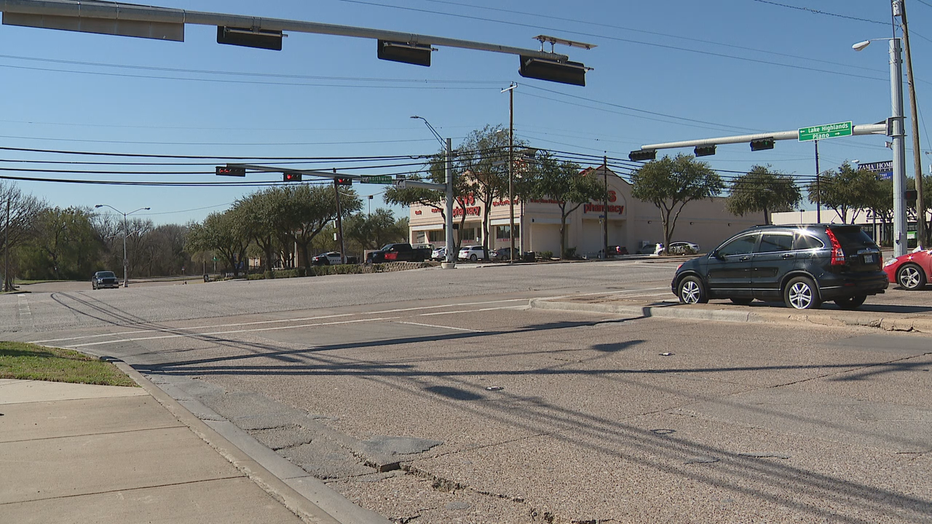 "He gets to the end of the drive here, and Bobby is then struck and ends up on the hood of this vehicle," the detective said.

The vehicle involved is believed to be a newer model black BMW X5.

"Vehicle goes down the curb, back on to Northwest Highway, turns right on to Plano Road, where [Sawyer] comes off the vehicle near the center median," Det. Murphy said.

Police are hoping someone can help them find the black BMW X5 they believe was involved. It could have damage.

The detective said the driver didn’t stop after hitting Sawyer.

Police are working to identify the driver involved.

"His hair is shaved real close on the sides. I mean it's shaved all the way up to the top, and he's got just a patch of hair on the top. Pretty unique haircut," Det. Murphy said.

Anyone with information on the suspect or vehicle involved is asked to call Det. Murphy at 214-283-4934 or email chad.murphy@dallascityhall.com.