In this week's Trackdown, police are seeking help to find a bank robber who has hit at least two banks in two North Texas cities by threatening tellers with a weapon.

DALLAS, Texas - In this week's Trackdown, police are seeking help to find a bank robber who has hit at least two banks in two North Texas cities by threatening tellers with a weapon.

Police think the jobs have been planned, and the banks are inside Walmart neighborhood stores.

One of the robberies was at the Walmart in the 900 block of North Town East Boulevard in Mesquite. It happened at about 10 a.m. on June 14. 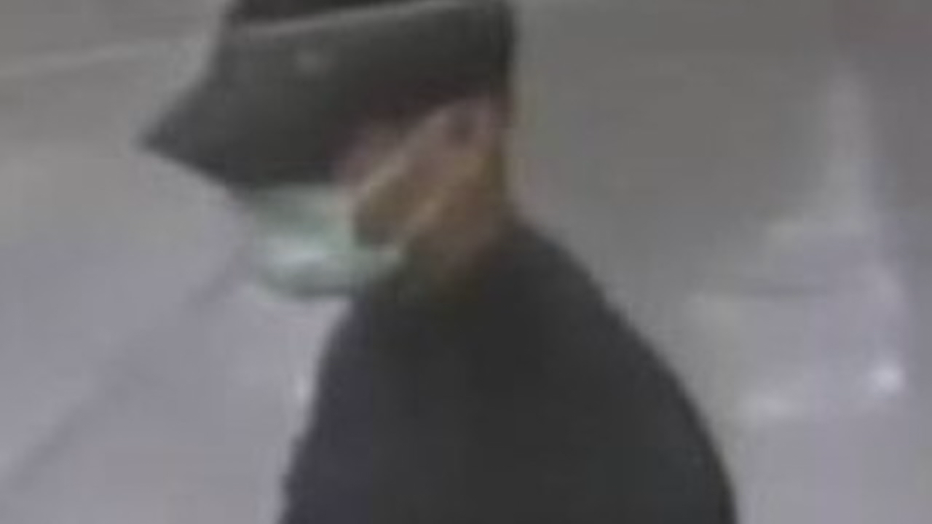 "The suspect came in, produced a note, and when questioned about the note, he then produced a knife and the teller gave him…ended up having to give him the money," explained Mesquite PD Det. Dustan Barrett. "He took off on foot to an adjoining neighborhood, and from there, we have lost him on our cameras."

Mesquite police scoured surveillance cameras in the area, and found images of before he pulled the caper.

He was in a white shirt with a backpack, before changing clothes on his way rob the bank.

"He appears to be a Hispanic male, possibly in his mid-twenties. He's got some distinct features on his face, neck area," Det. Barrett said.

He was in a medical mask and a black ball cap.

Police believe it’s the same person who robbed a bank in Dallas.

"He entered the First Convenience Bank located inside the Walmart. He jumped over the counter, where he produced a knife, and very aggressively approached the victim tellers," said Dallas PD Det. Stephen Prince.

In the Dallas robbery, he was sporting a pink ball cap. 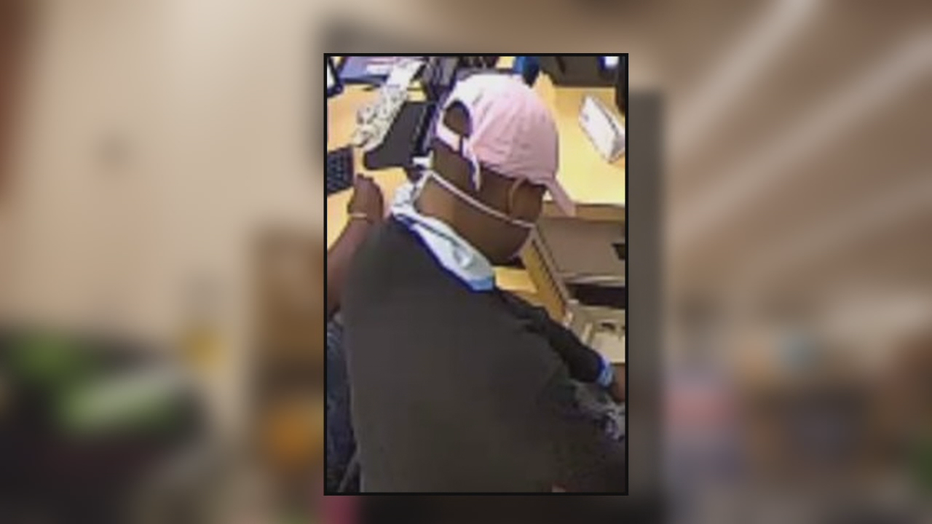 "He has a tattoo on the back of his neck, near the base, that’s pretty identifiable. It’s either a tattoo or a mark, but you can see it clearly," Prince said.

The Dallas heist happened at 6 p.m. on July 2, at the Walmart at 2305 North Central Expressway.

"The aggression that was used in this robbery, where the knife was produced, he immediately approached the victim tellers, that’s concerning," Prince said.

Anyone with information is asked to call Dallas or Mesquite police, or Crime Stoppers at 214-373-8477.