In this week’s Trackdown, Dallas homicide detectives need help finding a man shot in January outside of a Pleasant Grove convenience store.

DALLAS - In this week’s Trackdown, Dallas homicide detectives need help finding a man shot in January outside of a Pleasant Grove convenience store.

The 25-year-old man struggled with his injuries until last month. Police say the father of a 1-year-old daughter and another child on the way was in the wrong place.

The moment when bullets began spraying on January 13 in broad daylight outside a Pleasant Grove convenience store was caught on tape, but it did not capture who pulled the trigger.

Dallas Police Det. Theodore Gross does not know who shot and killed Joaquin Tutton. He's hoping to identify people who were there but scattered when the shooting started.

The detective says an innocent man was killed when someone shot randomly at a group of people.

"This is a high gang area, high crime area and somebody who is willing to just open fire from a good distance at a group of people that is a senseless dangerous person, and we need to get them taken off the streets," he said. 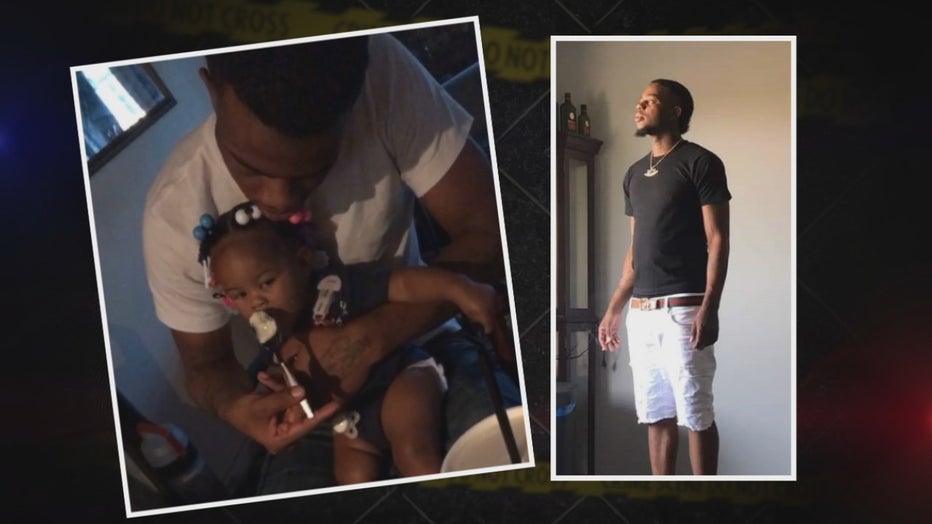 It was that wild shooting at a group of people that took the life of Tutton when he was shot three times. He was paralyzed by the bullet that cut his spine and later died in March.

"During those two months, the victim is suffering with medical issues one after another. And on March 22, he is transported to Dallas Regional Medical Center in Mesquite where he is pronounced deceased due to those complications," Gross said.

A little after 2 p.m. on Jan 13, Tutton entered the Food Plus Mart on 1346 North Masters Drive north of Lake June Road. Some guys he knows were inside.

"While inside, they hung out and talked a short time while another group of friends came in," Gross said. "It looks like they all engaged in some kind of verbal argument. The victim just hung out in the background. He didn’t involve himself. He didn’t say anything. The argument occurred for a few minutes, then they all went outside. He was minding his business. That’s why I’m led to believe he was an innocent victim." 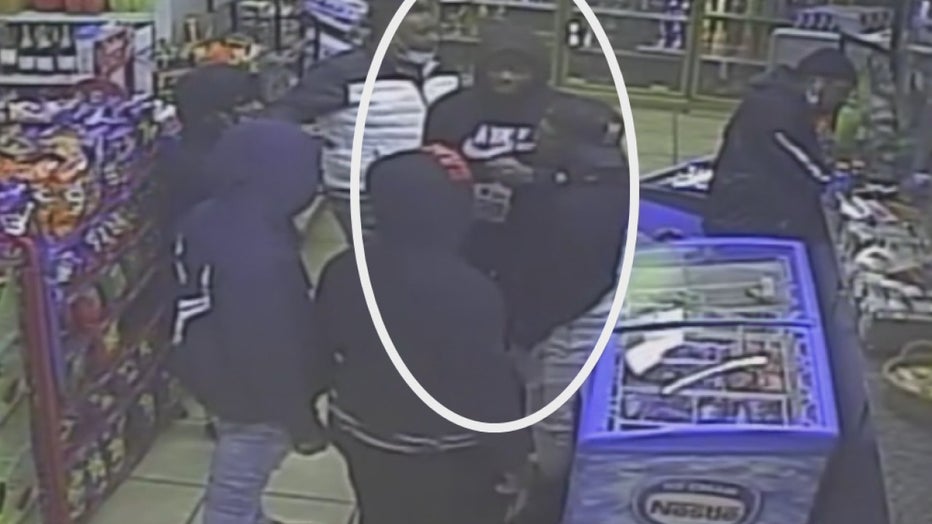 The shooting happened after Tutton went outside.

"Shortly after he comes outside, an unknown suspect produces a handgun and shoots multiple rounds while shooting Mr. Tutton is shot three times," Gross said.

The video doesn’t show the shooting.

"We have a group of people inside, and our hope is putting this video out here and putting this surveillance video out here. Anybody recognizes these people involved, anybody knows anything, they need to come forward," Gross said. "He had a young family. He was only 25. He missed his 1-year-old daughter’s birthday that just happened and found out shortly before the shooting happened back in January that he was going to be a father again."