In this week’s Trackdown, Dallas police need help finding the killer of a man who they said was doing nothing wrong.

DALLAS - In this week’s Trackdown, Dallas police need help finding the killer of a man who they said was doing nothing wrong.

Police said his fatal mistake was helping a friend and being in the wrong place at the wrong time.

There is video, though it’s hard to make out, of the suspect seconds before he confronted, fought with, and then shot the 55-year-old victim.

"Mr. Williams, I admired this fellow. He was a very quiet guy, he was hard-working, he didn’t bother anybody, honestly, a true victim to this terrible crime," Dallas PD Det. Theodore Gross said.

Jason Williams was killed outside his car back on February 11, in the 1500 block of Iowa Avenue in East Oak Cliff.

It was near the intersection of Iowa and South Corinth, just before midnight.

"[Williams] arrived at this location here, in a silver Chevrolet Malibu with a friend of his. He dropped his friend off at a nearby residence. While she was inside, he was going to wait for her," Det. Gross explained. 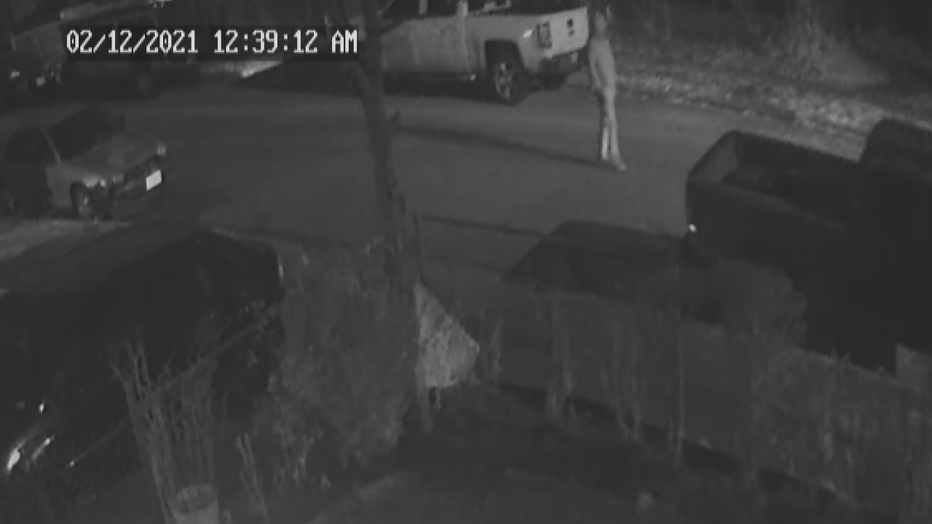 While Williams waited, a slender man between 6’2" and 6’4", walked past his vehicle, before turning around and approaching the vehicle.

Williams’ friend came out and saw the suspect, but said there wasn’t anything distinguishing about him.

"Very quickly, a physical confrontation ensued. At this point, it is unknown if it was a robbery attempt or what had happened," the detective said. "The fight continues, the suspect produces a handgun, and shoots and kills Mr. Williams. The suspect flees eastbound towards South Corinth."

Police are asking for help to identify the man who killed Williams.

"What I need is the public’s assistance in providing any information of who might have been involved with this," Det. Gross said. "This is a man who didn’t harm anybody. He was an honest victim and all we're trying to do is make these streets a little bit safer."

Crime Stoppers is offering a $5,000 reward for the right information.

Help track down the killer of Jason Williams.