DALLAS - In this week’s Trackdown, Dallas homicide detectives are trying to identify a man who they said shot and killed another man as he sat in his Jeep last month.

Video caught the suspect as he moved toward James Roberson's Jeep with arm extended, gun in hand.

"This is a bad guy. He did this, there were people around. We have witnesses, but we need to know who that suspect is," Dallas PD Det. Raleigh Williams said.

Roberson was killed just before 4 a.m. on August 21, near the Flora Motel, in the 2800 block of Fort Worth Avenue.

"The video shows him to be a Hispanic male, 5’7", 150-160 pounds with a bald head. Doesnt seem to have any facial hair," Det. Williams said. "Suspect gets inside of James' vehicle, an altercation ensues and he fires a shot and shoots James."

Police said the suspect then got into a tan Nissan Altima and fled with another person driving. 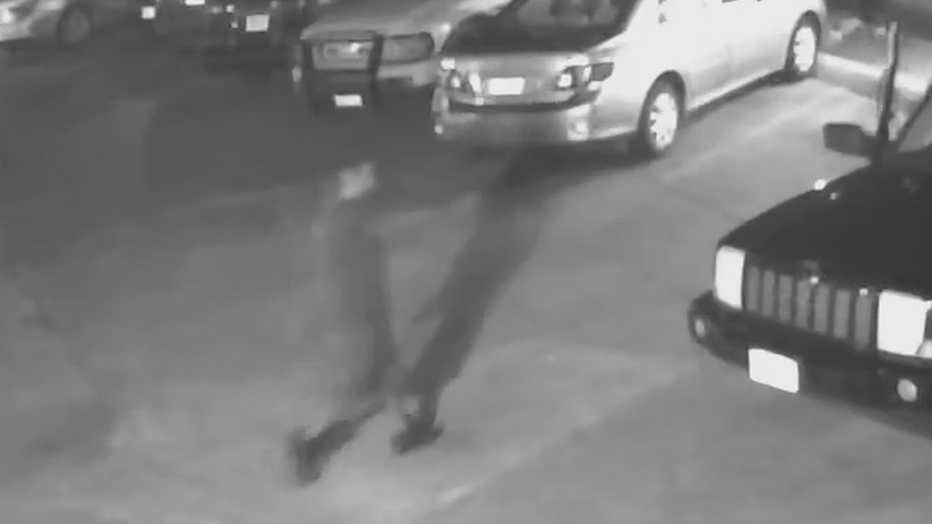 Officers responded to 911 calls and detectives got some information about the suspect.

"His street name or nickname is possibly corn, junior, or maybe even peanut," the detective said. "We believe he's from the West Dallas area and he's known to hang out in motels up and down Fort Worth Avenue, as well as some of the game rooms, the gambling rooms on Fort Worth Avenue."

Police are hoping someone will recognize him and help them bring justice to Roberson’s family.

"What I’m asking from the community is to help me identify the passenger who gets into the tan Nissan Altima," Det. Williams said.

Williams doesn't have much more to go on, but he knows another curbside memorial marks another life lost.

"It's sad and you see ‘em a lot, you know. You see ‘em more and more frequently," he said. "It's sad, especially for the family to have to deal with this to get that phone call late at night that one of your loved ones is dead. It’s tough."