In this week’s Trackdown, Dallas police asked FOX 4’s Shaun Rabb to re-visit a 2018 case that is a murder mystery.

DALLAS - In this week’s Trackdown, Dallas police asked FOX 4’s Shaun Rabb to re-visit a 2018 case that is a murder mystery.

Police think road rage was behind the shooting of Calvin Graves, but have gotten no tips up to this point.

Investigators said they've not found anything in his lifestyle that could have caused such violence.

It's been four years since the murder of Graves, a completely innocent man. It’s still unsolved with no tips, and his family is pleading for someone to say something.

"It's been terrible for me. They still ain’t found out nothing about my son and I don't understand that. Look how long it’s been," Graves’ mother, Gloria Graves, said.

Graves was driving a borrowed bright blue Versa, when a dark-colored SUV with two or three people inside followed him down Creek Cove in Pleasant Grove.

The two cars pulled side-by-side, and video shows the brake light reflections in the window of another car, and that’s when Graves was shot multiple times.

"Mr. Graves is a good gentleman. He's got a loving family, mother, father, cousins, several children. Didn't have anything going on that night that we're aware of that would cause him to be in a situation such as this," Dallas PD Det. Andrea Isom said in 2018.

"I wish whoever they told, please come forward and call CrimeStoppers," Graves’ aunt, D.D.Graves, said. "It's been too long for this going on."

"His kids, his girls, missed the father and daughter dance with him. His son misses doing stuff with him and, you know, it’s hard for them and it's hard for her. His grandmamma, his aunts, uncles, cousins, like I said, it's very hard," Graves’ aunt said. 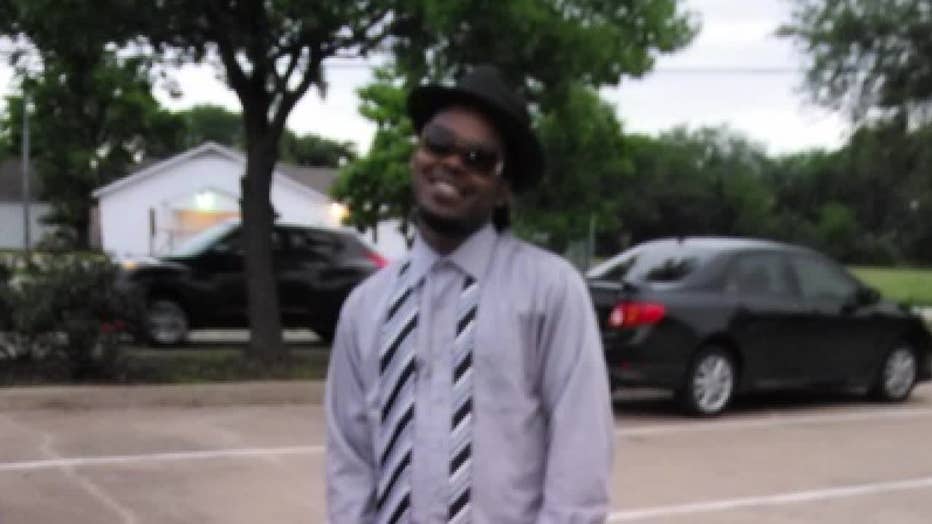 No one saw the shooting. The only clue is the dark-colored SUV.

"That's the only thing we have that puts it all together right now, so I’m hoping that just that vehicle, this neighborhood, someone will recognize Calvin perhaps, and just give us some information to what happened that night," Det. Isom said in 2018.

"That’s the only child I had. They took my baby from me, you know, he was supposed to bury me, but instead. I buried him. You understand what I'm saying?" Graves’ mother said.

CrimeStoppers is still offering a $5,000 reward for information.

Anyone with information is asked to call Det. Isom at 214-671-3701 or email andrea.isom@dallaspolice.gov.