DUCK, N.C. - Dr. William “Bill” Lapenta, a top government meteorologist who had served as the director of the National Centers for Environmental Prediction at the National Oceanic and Atmospheric Administration, drowned Monday while swimming in rough surf along the coast of Duck, North Carolina.

“While the exact factors that caused the death are unknown, Monday’s surf conditions and a rip current in the area were likely a factor,” according to a statement from the Town of Duck.

At approximately 4:30 p.m. on Monday, an off-duty ocean rescue supervisor was in the area of Pelican Way beach in the Sanderling area of Duck when he spotted what he believed to be a swimmer in distress and alerted emergency services.

Lifeguards on patrol responded within minutes upon receiving the call and pulled an unresponsive 58-year-old male from the water, who was later identified as Lapenta. 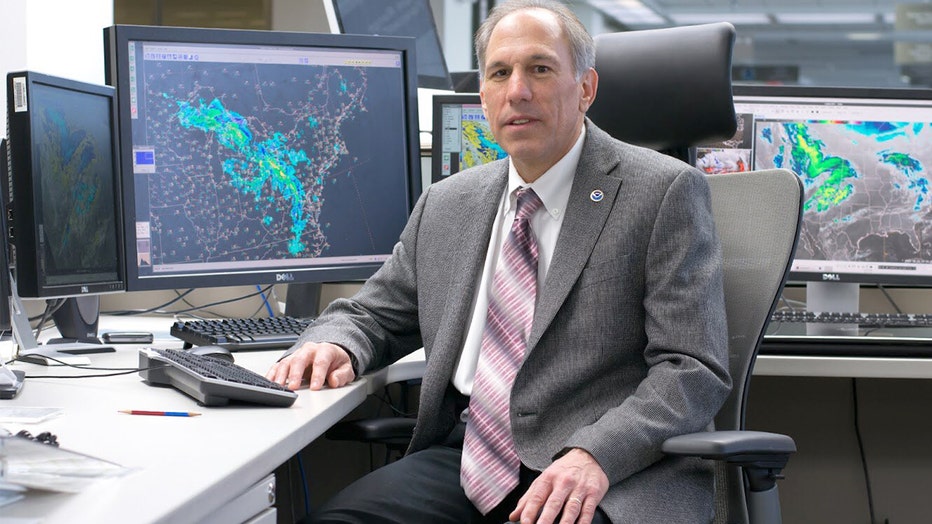 Duck Surf Rescue, Duck Fire and Police and Dare County EMS initiated CPR and other life-saving measures immediately, but they were unable to resuscitate Lapenta. He was pronounced dead on scene at approximately 5 p.m.

The National Weather Service had issued a beach hazards statement Monday for Eastern Carolina beaches, including Duck, as Hurricane Lorenzo churned waters in the Atlantic Ocean, according to The Weather Channel. The agency’s statement warned of rip currents and swells between 4 to 7 feet — with the worst conditions expected within a few hours before or after high tide, which had occurred at 3 p.m.

Red flags, which warn swimmers of severe hazards in the water, flew at area beaches on Tuesday and Wednesday, but a spokeswoman for the town told The Weather Channel that they were not up on Monday.

Lifeguards in the area are not stationed in stands after Labor Day, but patrol the beach in all-terrain vehicles.

"This is a tragic loss to all of us in the NOAA family and to Bill’s atmospheric science colleagues throughout the world," Uccellini said in the email, which was forwarded to Weather.com by a NOAA spokesman. "We are all in shock and trying to process this news and accept it. As we all grieve this tragedy, I hope you will take a minute to reflect on the many wonderful things Bill did to help us advance our mission while remaining a true friend to all of us that had the good fortune to know him. He will be greatly missed."

Before joining the NOAA as the acting director of the NCEP Environmental Modeling Center in 2008, Dr. Lapenta spent 20 years working for NASA at the Marshall Space Flight Center. While at NASA, Lapenta also served as an adjunct professor of atmospheric sciences at the University of Alabama, Huntsville for 16 years.

Lapenta leaves behind his wife, Cathy, who is also a meteorologist, and his two children.