A North Texas high school band is in Hawaii to represent Texas at the 2021 National Pearl Harbor Remembrance Day ceremonies.

A North Texas high school band is in Hawaii to represent Texas at the 2021 National Pearl Harbor Remembrance Day ceremonies.

The band from Tolar High School in Hood County also performed Monday ahead of the Tuesday event.

The students have also been learning about the December 7, 1941 attack during a visit to the Pearl Harbor National Memorial. 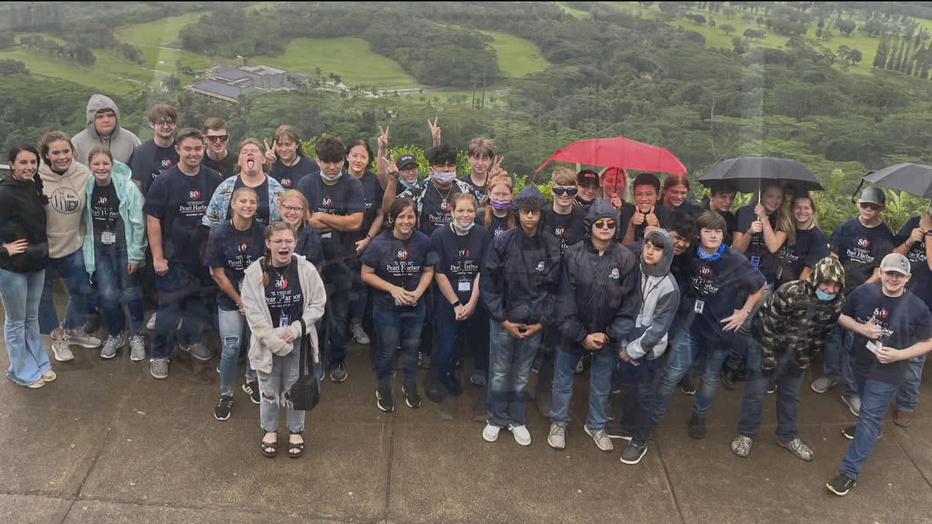 Tolar High only has around 250 students. For the majority of band, the nine-hour flight from DFW to Honolulu was their first time on a commercial airliner.

"To see all these things and to experience our history, it’s absolutely breathtaking," said Lillian Spence, junior.

She’s one of the 43 Tolar band members invited to represent Texas at the ceremony.

More than 2,000 Americans were killed when Japanese forces staged a surprise attack on the U.S. Naval base in Hawaii. The U.S. declared war on Japan the next day and changed the course of World War II.

A high school band from a small city in North Texas received a history lesson unlike any other as they traveled to Hawaii to mark 80 years since the attack on Pearl Harbor. Tolar Rattler Band directors Aaron Noland and Jameson Ash joined Good Day to talk about how their school was selected for the big honor.

"The work they have put in the music and to get the concert where it needs to be… couldn’t be prouder of them," said Aaron Noland, director. "To not only further the kids’ knowledge in music, but further their knowledge in history to the things that came before them."

Over the weekend, the wide-eyed teenagers left leis at the U.S.S. Arizona Memorial and participated in a flag folding ceremony on the Battleship Missouri.

Tolar brought a piece of North Texas to hand to each survivor - a medallion from the Friends of Memorial Lane in Granbury. The organization remembers first responders and all military. 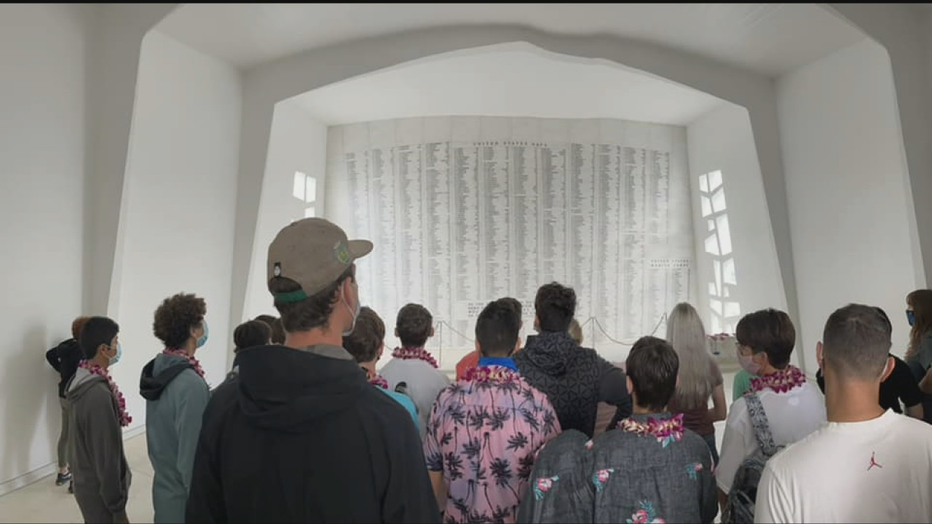 Spence says the trip is the highlight of her high school years.

"The way we have worked our way up to be here even though we are such a small school," she said.