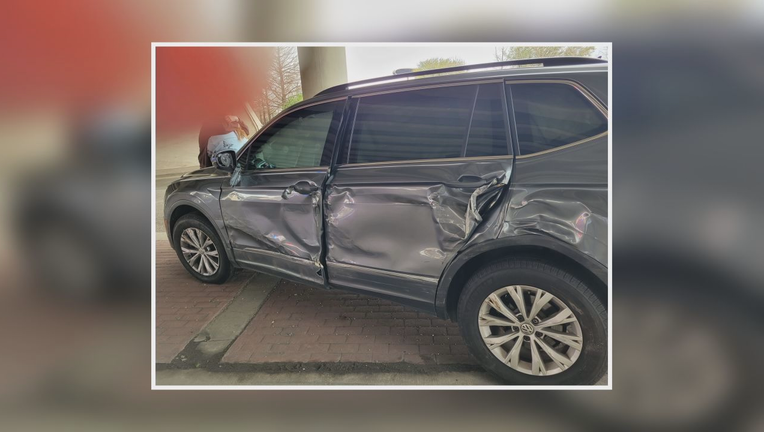 ROYSE CITY, Texas - Three people were arrested after a rolling gun battle on a highway in Rockwall County.

911 callers said people in two vehicles were shooting at each other Sunday morning on I-30 in Royse City. One of the cars crashed.

Officers say three people inside that car tried to run but were arrested.

A woman who said she was hit posted photos of her damaged vehicle.

The second vehicle believed to be involved in the shooting was stopped.

Police say no one was injured.