On top of endless power outages in Tarrant County, more than 200,000 people were told they didn't have access to water. Some resorted to boiling snow.

FORT WORTH, Texas - On top of endless power outages in Tarrant County, more than 200,000 people were told they didn't have access to water. Some resorted to boiling snow.

Across Tarrant County, hundreds of thousands of people are dealing with power outages Tuesday ahead of another winter storm.

Tarrant County Judge Glen Whitley is one of them.

"We built a fireplace for a little bit. And then when we went to bed, we just got under all of the covers we could get under," he said.

There was a line of cars at a Walmart store on Jacksboro Highway in Fort Worth.

Alexandra Trejo and her family pushed their beds together to try to stay warm after their power went out early Monday.

"We came to buy blankets because it got really cold at night," she said. 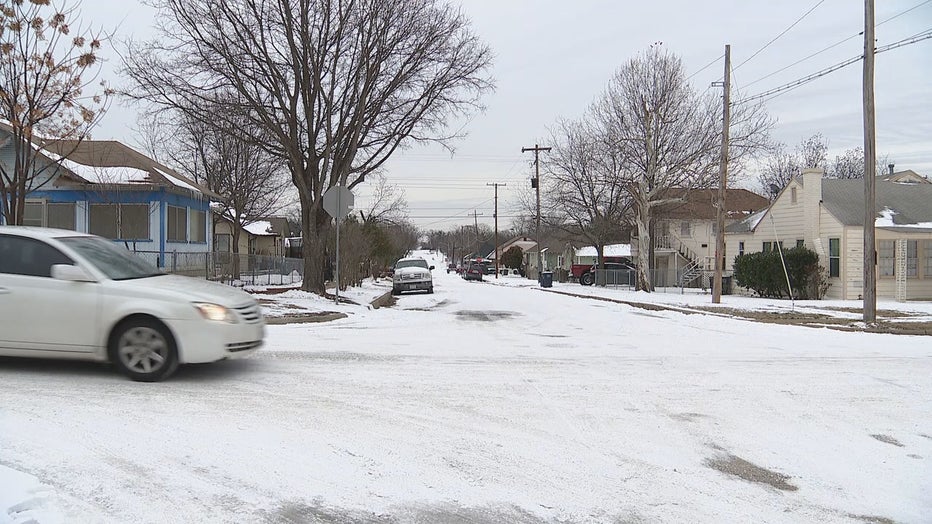 The Fort Worth Water Department issued a boil water notice on Monday to several neighborhoods in North Fort Worth.

Early Tuesday, the department expanded that notice to include a total of 212,000 Fort Worth residents and notified nine cities that buy water from Fort Worth about the problem.

Fort Worth Water Department spokesperson Christopher Harder says three of the city’s four treatment plants in operation lost power, including the Eagle Mountain Treatment Plant, are back up and running as of Tuesday evening.

"What was somewhat of a shock to us was the number of power outages to our plants and hub stations," he said.

Roxanne Delvaux lives in that area. And while she does have power, her family had been without water for more than 24 hours.

"Suddenly, we realized we had no water pressure and nothing is coming through," she said. "We’ve been essentially grabbing snow and boiling it so we can flush our toilets."

The Fort Worth Water Department says it had to repair a frozen valve at Eagle Mountain Treatment Plant and fix more than 30 water main breaks around the city.

Tarrant County issued a disaster declaration on Tuesday, which was mostly symbolic as the president has already granted federal disaster assistance for the state.

"The outlook isn't real positive because we’re got another round coming," Judge Whitley said. "Stay safe and stay warm as you possibly can."

The Fort Worth Water Department says it’s been working around the clock to restore water service.

It’s important to note that the city has no plans to disrupt service preemptively. They will only turn off water to repair a water main break.