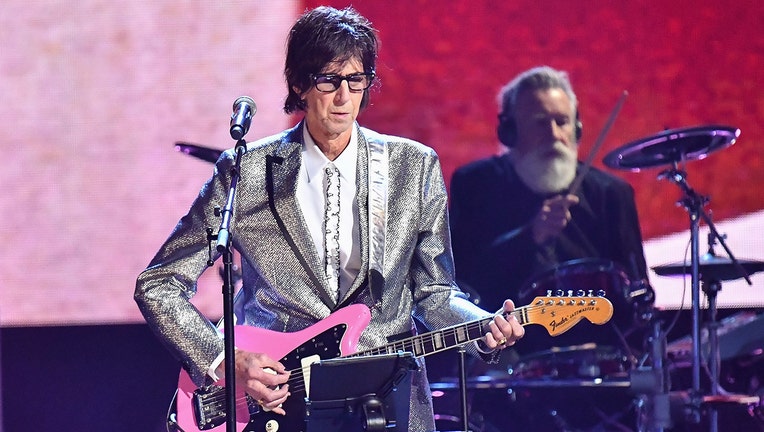 Inductee Ric Ocasek of The Cars performs during the 33rd Annual Rock & Roll Hall of Fame Induction Ceremony at Public Auditorium on April 14, 2018 in Cleveland, Ohio. ((Photo by Jeff Kravitz/FilmMagic))

NEW YORK - The Cars lead singer, Ric Ocasek, has died, according to TMZ.

Ocasek, 75, was found unresponsive at his Manhattan home by his estranged wife, former super model Paulina Porizkova. According to the New York City police, officers responded to a 911 call about 4 p.m. Sunday. They said there was no sign of foul play. The Medical Examiner would determine a cause of death.

Ocasek co-founded and fronted The Cars in the 1970’s in Boston. The band cemented their fame with their 1978 song “Just What I Needed,” followed by a steady string of hits including “My Best Friend’s Girl,” “Good Times Roll, “Bye Bye Love” and more from their self-titled first album.

Their second album, Candy-O, produced another string of hits, including “It’s All I Can Do” and their first Top 20 single “Let’s Go.” Their biggest hit, 1984's "Drive," peaking at Number 3 on the Billboard chart, was featured in a video about the Ethiopean famine and introduced by David Bowie in the 1985 London Live Aid concert.

The Cars were considered to have helped usher in the genre New Wave.

The Cars were inducted into the Rock and Roll Hall of Fame in the spring of 2019.

Ocasek is survived by his five children.