FOX 4 spoke with Texas Senator John Cornyn about the goals Biden hopes to accomplish, along with his thoughts on the new administration and Democrats taking control of Congress.

The Biden administration is now in the White House and there’s a lot on the political table.

FOX 4 spoke with Texas Senator John Cornyn about the goals Biden hopes to accomplish, along with his thoughts on the new administration and Democrats taking control of Congress. 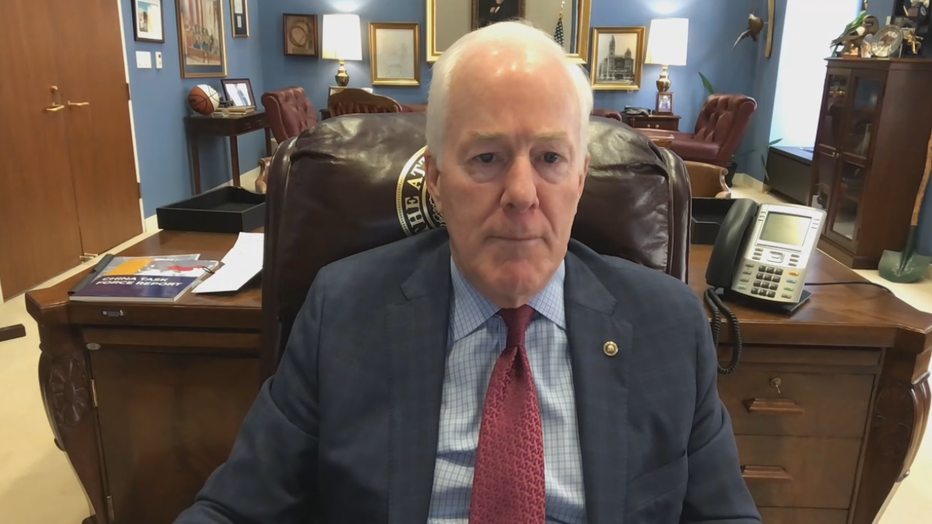 [REPORTER: "What do you see as another round of COVID relief being?"]

"We just saw a $900 billion COVID relief bill signed into law right around Christmas time, so that money is just in the early stages of being distributed. To me, the most important thing we need to do is make sure as many people can get vaccinated as fast as possible and safely," Cornyn responded.

[REPORTER: "Do you think 100 million vaccinations is lofty, or is it something that can be accomplished?"]

"In a country of 330 million people, we need to do that. To me, the trajectory of this is what we saw on testing, when just a very few tests were available on a limited criteria, now testing is almost universally available," Sen. Cornyn said.

When it comes to the Trump impeachment trial, the Biden administration said the Senate can multitask a trial and other duties.

Cornyn said that all 100 in the Senate would have to agree to multitasking, which he said won’t happen.

[REPORTER: "What is your take on when, if, should, could the Senate do a trial on impeachment?"]

[REPORTER: "Do you think it’s something that should just not happen at all?"]

"If they decide to proceed with the impeachment trial, I will certainly listen to the case presented," Cornyn said.

Sen. Cornyn said, when it comes to immigration, he thinks it should be a stepped approach instead of one sweeping bill.

He thinks both sides can work together on issues like DACA first.