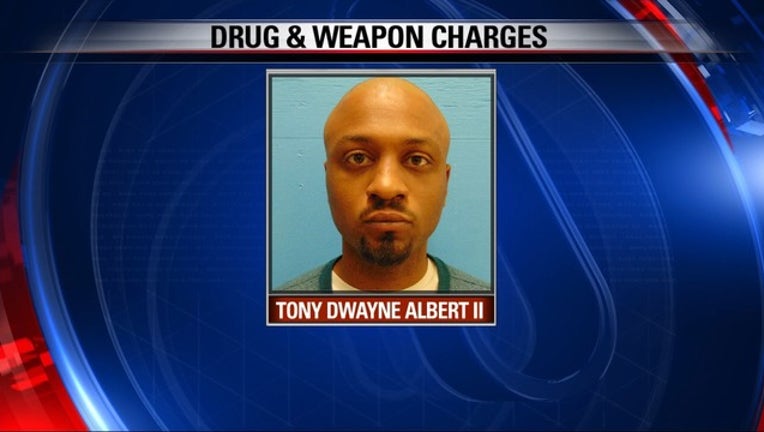 SEGUIN, Texas (AP) - Police in suburban San Antonio say they took into custody an armed man wearing police tactical-style clothing who said he was on his way to a church to fulfill "a prophecy."

An off-duty Seguin officer responded to the call and found the 33-year-old man carrying the loaded handgun, extra ammunition and a face shield.

Police said in a statement that Tony Albert was arrested on a drug charge and also a charge of being a felon in possession of a firearm.

Police say he was taken to the Guadalupe County jail but online records didn't indicate he was being held there. It's not clear if he has an attorney.