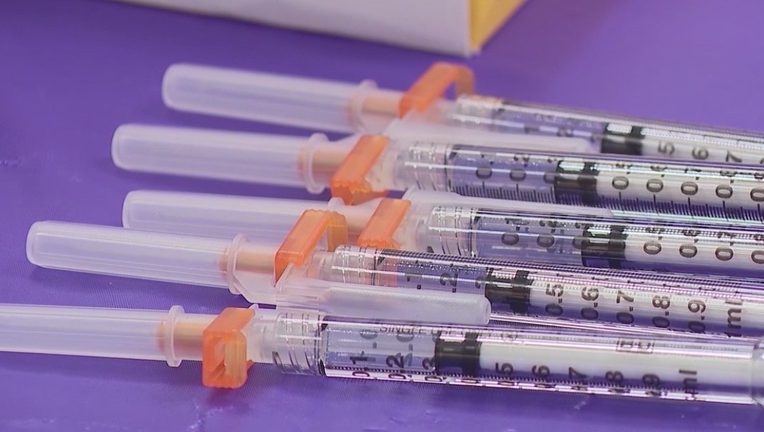 AUSTIN, Texas - Texas will likely partner with the Federal Emergency Management Agency to open two vaccination "supersites" in Dallas and Houston, and more could be on the way, Gov. Greg Abbott said Monday.

Also Monday, officials confirmed that a Houston-area man was recently sickened by a coronavirus variant from South Africa. The mutated version of the virus spreads more easily, and health officials worry vaccines could be less effective against it.

Abbott tweeted those vaccine locations would be open every day and operate for eight weeks, handling up to 6,000 shots per day. The governor said adding more sites is possible, but his office did not immediately release further details, including whether that meant Texas would get more vaccine doses or if those sites would pull vaccine from other areas.

Houston officials said they learned about FEMA’s plans to open a vaccination "supersite" in the city from media reports and as of Monday had not been involved in its planning efforts. But Mayor Sylvester Turner said he and several other mayors from around the country were scheduled to take part in a conference call with the White House on Friday to discuss vaccine distribution.

The Texas news comes a week after California partnered with FEMA to open two mass vaccination centers under President Joe Biden's push to create 100 such sites nationwide in 100 days. The news also comes as the number of COVID-19 hospitalizations continued to decline.

However, Houston-area officials were notified Saturday that a man from nearby Fort Bend County has tested positive for the South African variant, said Dr. Jacquelyn Johnson Minter, Fort Bend County Health and Human Services director. The unidentified person had traveled domestically in December and developed symptoms a few days after returning home.

The person has recovered and all members of his household have tested negative for the virus, Minter said. No co-workers were exposed as he stayed home while sick, she said.

The announcement came one month after the first new known COVID-19 variant, one first identified in the United Kingdom, was identified in Houston.

According to state health officials, nearly 2.5 million Texans have received at least one dose of vaccine after a like number tested positive for the coronavirus that causes COVID-19, and nearly 780,000 are fully vaccinated. As of Monday, just over 330,000 persons in Texas had active COVID-19 cases, but only 9,401 patients were hospitalized. Meantime, the Texas COVID-19 death toll rose to 38,700.