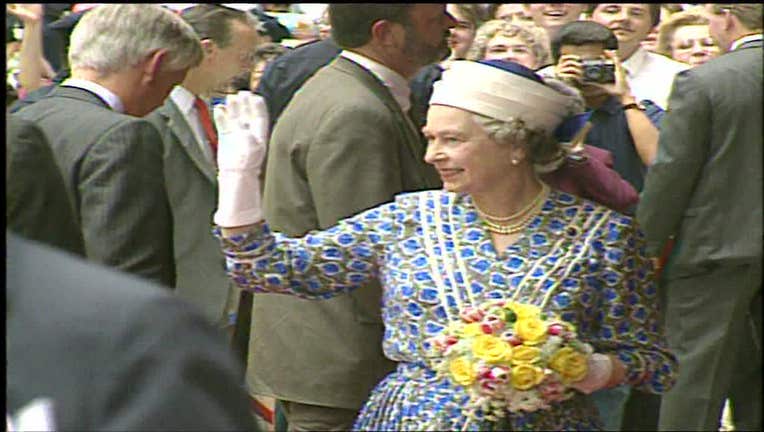 Former President George W. Bush, who now lives in Dallas, said he and his wife, Laura, were honored to have known the queen.

"She was a woman of great intellect, charm, and wit. Spending time at Buckingham Palace, and having tea with Her Majesty - and her Corgis - is among our fondest memories of the presidency. Queen Elizabeth ably led England through dark moments with her confidence in her people and her vision for a brighter tomorrow. Our world benefitted from her steady resolve, and we are grateful for her decades of service as sovereign. Americans in particular appreciate her strong and steadfast friendship. Laura and I join our fellow citizens in sending our heartfelt condolences to the Royal family and the British people," Bush said in a statement.

Now that the Queen has died, what happens to her corgis?

Texas Gov. Greg Abbott said he was saddened to hear of Queen Elizabeth’s passing and is praying for her family and the entire United Kingdom as they grieve the loss of one of the greatest leaders in history.

"In her unrivaled, impressive reign as Queen of the United Kingdom of Great Britain and Northern Ireland and of Her other Realms and Territories, Queen Elizabeth II led her people, and at times the world, through historic events with the utmost dignity, grace, and valor. Queen Elizabeth II was also more than a leader of one of the greatest monarchies in history and a close United States ally; she was a mother, a grandmother, and a wife who showed a deep devotion to her family and to her nation. The entire world is better to have had a strong, steady leader like Queen Elizabeth II, and we are forever honored to have had her as an ally to the United States and to Texas," Abbott said in a statement.

"She faithfully led and served her people for 70 years, and she saw Britain through many of the darkest days in World War II and through many of its greatest triumphs. Her life of steadfast service set an example for leaders around the world," Sen. Ted Cruz said on Twitter.

Queen Elizabeth visited Dallas in 1991. She was the first British monarch to set foot on Texas soil and spent three days in the state with her husband, Prince Phillip.

"On behalf of the City of Dallas, I want to send our deepest condolences to the people of the United Kingdom. Her Majesty Queen Elizabeth II was a consequential and remarkable world leader — and a friend to our city, where she made an official visit in 1991. We mourn her passing," Dallas Mayor Eric Johnson said in a statement.

What Queen Elizabeth did during her visit to Dallas in 1991

The Queen and Prince Phillip helped celebrate the 150th anniversary of Dallas. They also made stops in Austin, Houston and San Antonio.