Both chambers of the Texas Legislature have now passed bills limiting classroom discourse about race relations in America.

DALLAS - Both chambers of the Texas Legislature have now passed bills limiting classroom discourse about race relations in America.

Republicans support the bill, saying it keeps students from engaging in divisive topics. Democrats call it whitewashing and an attack on free speech.

Both the Texas House and Senate have now passed their own versions of this bill. For either to move forward, both chambers will need some sort of agreement.

The bills are already passing along party lines. Educators are speaking out, saying it may keep teachers from discussing current issues with students.

House Bill 3979 received final passage from the Texas House Tuesday. The bill would prevent critical race theory from being used in the classroom when teaching history or talking about current events.

Critical race theory examines concepts like white privilege and racial equity while looking at how the country’s system of laws may or may not benefit people from certain races.

The bill drew opposition from Democrats and educators, including Dallas ISD.

In a special called meeting Monday, Dallas ISD passed a resolution against any bill discouraging teachers from talking about current events in class.

"This would gut many of the items that we care so much about in the racial equity policy that the board passed unanimously," said DISD Superintendent Dr. Michael Hinojosa.

If the bill passes, teachers can't be forced to discuss current events or widely debated controversial issues of public policy or social affairs.

If a teacher chooses to discuss those events, they would to the best of their ability give diverse perspectives without deference to any one perspective.

No teacher, administrator or district employee can be required to have training on race or sex stereotyping or blame on the basis of race or sex. 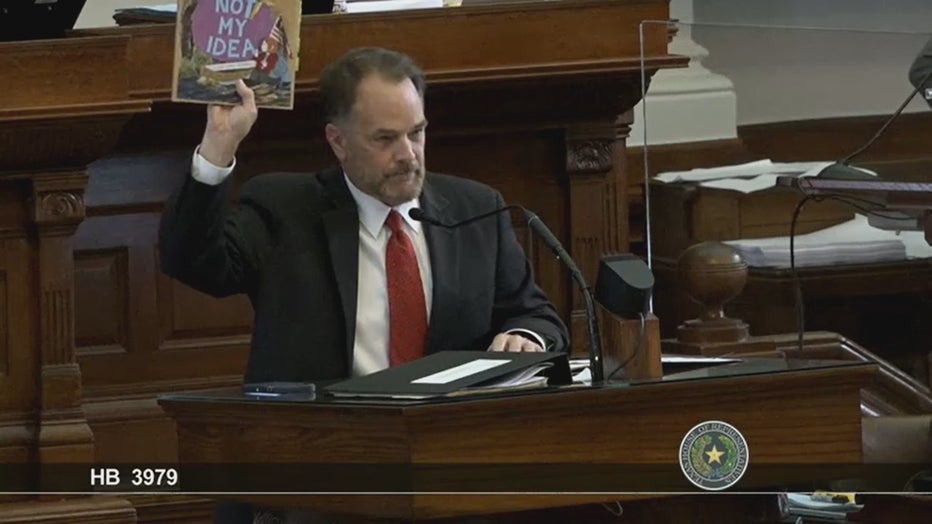 Toth is the author of the bill. He held up a book titled "Not My Idea" during the floor debate, claiming it was being taught in Highland Park schools.

Highland Park ISD says the book is not in any library or classroom. It also said it doesn’t believe it has ever been used in the district.

The vote was along party lines.

With just weeks left in session, it’s unclear how fast the House and Senate will move to have a compromise on the bill.