Texas Gov. Greg Abbott on Wednesday revived the GOP’s thwarted efforts to pass new voting laws after Democrats temporarily derailed a restrictive bill with a late-night walkout in the state Capitol in May.

AUSTIN, Texas - Texas Gov. Greg Abbott on Wednesday revived the GOP’s thwarted efforts to pass new voting laws in America’s biggest red state after Democrats temporarily derailed a restrictive bill with a late-night walkout in the state Capitol in May.

As expected, Abbott made new election laws one of nearly a dozen items — including border security and other GOP lightning rod issues — that he is instructing lawmakers to revisit over the next 30 days in a special session that begins Thursday. Some Republicans say they expect to see many of the sunken bill’s provisions return. Democrats say they plan to show up Thursday to see what is on the table.

The list of agenda idents for lawmakers includes critical race theory in schools, border security and voting legislation. But noticeably absent is any potential legislation for the state’s failing power grid.

The two-term governor, who is up for reelection next year and has not ruled out a presidential run in 2024, offered no immediate guidance about what changes he wants in Texas’ elections laws. But already, Republicans are backing away from the two most contentious issues that fueled Democrats’ dramatic quorum break just before a midnight deadline over the Memorial Day weekend.

"These Special Session priority items put the people of Texas first and will keep the Lone Star State on a path to prosperity," he said. 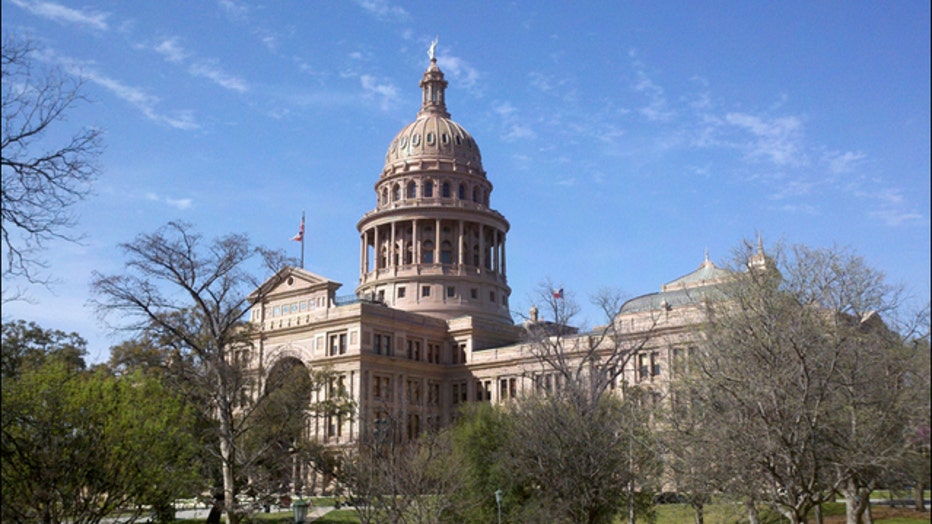 Texas lawmakers are set to tackle several issues in the upcoming special session, including transgender youth in sports, the teaching of critical race theory in schools and strengthening elections and border security.

The governor’s critics say noticeably absent is anything more to do with improving the Texas power grid.

Although some say Abbott may be looking to improve the grid by issuing several directives aimed at this issue Tuesday, energy experts and the governor’s opponents say it’s not enough.

Democratic State Representative John Bucy said he was frustrated looking at the session’s agenda, in which he said Abbott "clearly isn’t putting the people of Texas first."

"These are items that primarily are designed for him to play to an extreme far-right as he gears up for a competitive primaries season," Bucy said. "His inability to come back and help do more for COVID and do more. We had the winter storm here which cost Texans’ lives and showed the weakness of our grid, and we didn’t do anything this session to help with demand side and help with consumers."

SMU Political Science Professor Cal Jillson says many of the issues on the agenda could play into the governor’s reelection strategy.

"Two of them are budgetary and financial, and one of them is teacher retirement benefits. The other eight are conservative hot button issues for the Republican base," he said. "So you could well have gotten rid of some of those and put the electric grid on to handle the most important business confronting the state."

Other issues on the agenda include a bill that would require domestic and dating violence education in schools. It is a bill written by Grand Prairie Police Asst. Chief Ronnie Morris in honor of local teen Christine Blubaugh who was killed by her ex-boyfriend in 2000.

"It will provide that level of protection that our kids have never had before," he said. "And I know this bill will save lives."

The bill passed in the legislature but was vetoed by Gov. Abbott because it lacked any provision for parents to opt-out of the education, which supporters of the bill plan to add to get it passed.

"What I would have preferred was for every student in the state of Texas to be able to receive this instruction. But what I was not willing to do was sacrifice the good for the great," Morris said. "And what this will allow us to do, if we can get it passed, is the vast majority of kids, well above 90-95% of kids in this state, will receive this lifesaving education."

The GOP’s overwhelming majority in the Texas Capitol means an elections bill will probably pass, although Democrats have vowed to continue fighting and have not ruled out breaking quorum again.

"These bills didn't pass for a reason," said State Rep. Jessica Gonzalez (D-Dallas). "And so shoving this bad policy down the throats of Texans, that he’s not doing his job and it doesn't allow us to do our job."

"I invite anyone who's critical of what we're doing here in the Texas House to take a look at what we're going to produce and show me where there's voter suppression. I see voter integrity," said Texas House Speaker Dade Phelan (R-Beaumont).

The GOP’s overwhelming majority in the Texas Capitol means an elections bill will probably pass, although Democrats have vowed to continue fighting and have not ruled out breaking quorum again.

Republicans are already making changes to what they call an election integrity bill. Months ago, Senate Bill 7 would have changed early voting hours on Sundays.

Lt. Gov. Dan Patrick and Phelan say that and a rule that would make it easier to overturn election results will be taken out.

"We should keep the Sunday voting the same. 11:00 a.m. is very reasonable to me. And the hours for those counties over one hundred thousand should remain the same," Phelan said. "And I don't think that was the intent of either chamber."

The law is still expected to have other restrictions, like a ban on drive-thru and 24-hour early voting. It would also add a voter ID component to mail-in ballots.

Gonzalez is the vice-chair of the elections committee.  She says whatever bill Republicans present will still be viewed as voter suppression.

"I can say for certain that whatever bill that ultimately ends up passing the House, if it does, we probably wouldn't vote on it," she said. "But at least we can minimize the damage that would cause Texans."

"It's going to be controversial," he said. "The question is whether it is barely acceptable enough to Democrats that they don't do a walkout in the House."

A transgender bill that would require a student to play by their birth-given gender failed to pass during the regular session, but Gov. Abbott has revived it.

Marshall says that bill still may not pass.

"That bill has got some pretty strong opposition from the NCAA. And recently, I think the Supreme Court has been sending signals that they're pretty skeptical about legislation which disadvantages transgender people, not necessarily athletes," he said. "So that bill's got some problems in terms of getting enough leverage to pass. The speaker is apparently very fond of it at all."

Meanwhile, Bucy said the Texas House Democrats have already seen their May walkout "pay dividends," citing recently announced promises from the Texas Senate to leave out provisions limiting Sunday voting hours and lowering the threshold to overturn election results. He said he plans to be present with his Democratic colleagues on the first day to work in a committee and as a chamber to negotiate the election-related legislation. Democrats have said they are keeping all options open this summer and have not ruled out breaking quorum again.

•             BAIL REFORM: Legislation reforming the bail system in Texas to protect the public from accused criminals who may be released on bail.

•             ELECTION INTEGRITY: Legislation strengthening the integrity of elections in Texas.

•             SOCIAL MEDIA CENSORSHIP: Legislation safeguarding the freedom of speech by protecting social-media users from being censored by social media companies based on the user’s expressed viewpoints, including by providing a legal remedy for those wrongfully excluded from a platform.

•             ARTICLE X FUNDING: Legislation providing appropriations to the Legislature and legislative agencies in Article X of the General Appropriations Act.

•             FAMILY VIOLENCE PREVENTION: Legislation similar to Senate Bill 1109 from the 87th Legislature, Regular Session, requiring schools to provide appropriate education to middle- and high-school students about dating violence, domestic violence, and child abuse, but that recognizes the right of parents to opt their children out of the instruction.

•             YOUTH SPORTS: Legislation identical to Senate Bill 29 as passed by the Texas Senate in the 87th Legislature, Regular Session, disallowing a student from competing in University Interscholastic League athletic competitions designated for the sex opposite to the student’s sex at birth.

•             ABORTION-INDUCING DRUGS: Legislation similar to Senate Bill 394 from the 87th Legislature, Regular Session, which prohibits people from providing abortion-inducing drugs by mail or delivery service, strengthens the laws applicable to the reporting of abortions and abortion complications, and ensures that no abortion-inducing drugs are provided unless there is voluntary and informed consent.

•             THIRTEENTH CHECK: Legislation similar to House Bill 3507 from the 87th Legislature, Regular Session, relating to a "thirteenth check" or one-time supplemental payment of benefits under the Teacher Retirement System of Texas.

o             enhanced protection for the safety of children in Texas’ foster-care system by attracting and retaining private providers for the system; and

o             to better safeguard the state from potential cybersecurity threats.