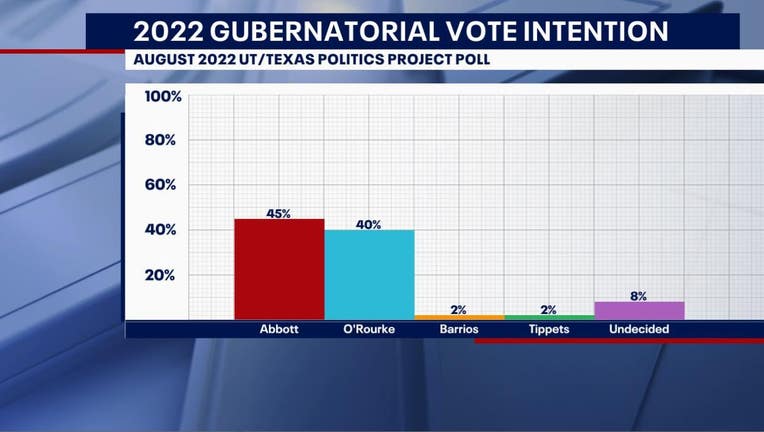 The Texas Politics Project poll released on Wednesday shows Abbott receiving support from 45% of voters. O'Rourke received support from 40% of the voters polled.

Many polls taken since July have shown Abbott with a 5 to 7 point lead.

8% of the voters polled said they have not thought about the race enough to have an opinion. The Green Party's Delilah Barrios (2%) and Libertarian Mark Tippets (2%) also received support in the poll.

Beto O'Rourke on guns, abortion and Pres. Biden not doing enough about the border

Democratic governor candidate Beto O'Rourke sits down with an interview with FOX 4's Steven Dial on Texas: The Issue Is

Abbott and O'Rourke will meet for a debate at the University of Texas Rio Grande Valley in Edinburg on Friday, Sept. 30.