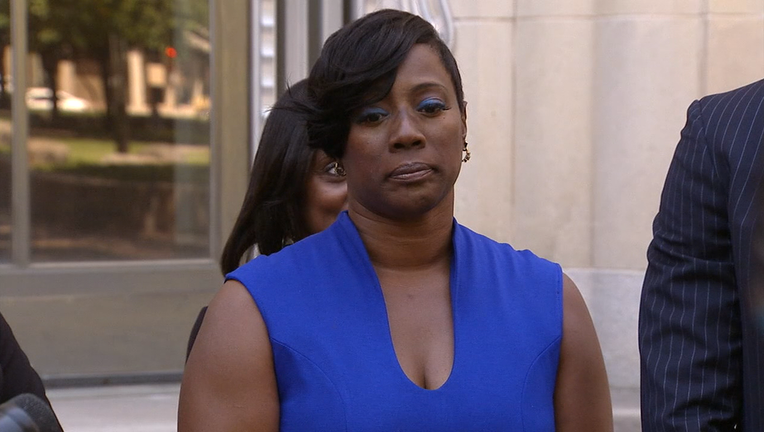 AUSTIN, Texas - The Texas Court of Criminal Appeals has agreed to review the illegal voting conviction of Crystal Mason, a Tarrant County woman facing a five-year prison sentence for casting a provisional ballot in the 2016 election while she was on supervised release for a federal conviction.

The state’s court of last resort for criminal matters granted Mason’s petition on Wednesday, elevating the profile of a case that could test the extent to which provisional ballots provide a safe harbor for voters amid questions about their eligibility. Her 2016 vote was never counted.

After discovering she was not on the voter roll, Mason submitted a provisional ballot in that year’s presidential election on the advice of a poll worker. Because she was still on supervised release for a federal tax fraud conviction, she was not eligible to participate in elections and her vote was rejected. Throughout the case, Mason has said she had no idea she was ineligible to vote under Texas law and wouldn’t have knowingly risked her freedom. But Tarrant County prosecutors pressed forward with charges, arguing Mason’s case came down to intent.

A trial court judge convicted her of illegally voting, a second-degree state felony, relying on an affidavit Mason signed before casting her provisional ballot. The affidavit required individuals to swear that "if a felon, I have completed all my punishment including any term of incarceration, parole, supervision, period of probation, or I have been pardoned." Mason said she did not read that side of the paper.

The all-Republican court’s decision to review Mason’s case is notable. The Court of Criminal Appeals isn’t required to review non-death penalty convictions, and it rarely grants requests to do so. However, the court indicated it won't hear oral arguments in the case and instead rely on legal briefs.

In her petition to the court, Mason’s lawyers argued the appeals court erred in upholding her conviction because the state’s definition of voting illegally requires a person to know they are ineligible to vote and Mason did not. In its ruling, the three-judge appeals panel wrote that the fact Mason did not know she was ineligible was "irrelevant to her prosecution."

"The State needed only to prove that she voted while knowing of the existence of the condition that made her ineligible," Justice Wade Birdwell wrote in the court's opinion. In other words, Mason’s knowledge that she was on supervised release was sufficient for an illegal voting conviction.

Mason’s lawyers argued that letting that finding stand "eviscerates" a voter’s right to cast a provisional ballot under the Help America Vote Act, which established provisional ballots as a way for people whose registration is in doubt to record their votes and allow local officials to later determine if those ballots should be counted.

"These issues have far reaching implications for Texas voters who make innocent mistakes concerning their eligibility to vote and could potentially be prosecuted for such mistakes, including the tens of thousands of voters who submit provisional ballots in general elections believing in good faith they are eligible to vote but turn out to be incorrect in that belief," their brief read.

Tarrant County prosecutors have insisted they’re not criminalizing individuals who merely vote by mistake and that they were able to prove Mason she was ineligible through the affidavit.

In response to Mason’s petition, Tarrant County Criminal District Attorney Sharen Wilson told the court she would not file a formal reply unless it granted review and instead submitted her office’s response to Mason’s previous request for the appellate court to reconsider her case.

"[Mason] does not even fall within the group of people whom she claims [the Help America Vote Act] is designed to protect. Her conviction for voting in an election when she knew she was not eligible to vote does not run afoul of HAVA in any way," her office argued in that brief.

Mason’s case has played out amid a Republican-led crackdown on voter fraud that’s been largely fueled by baseless claims of rampant illegal voting and recent failed attempts to impose even tighter voting restrictions and to scour the voter rolls for supposed noncitizens.

In light of those failed efforts, attention has turned to a handful of high-profile prosecutions of people of color.

Before Mason, who is Black, there was Rosa Maria Ortega, a legal permanent resident also living in Tarrant County who was convicted of voter fraud after attempting to register to vote despite not being a citizen. Ortega — who did not realize her immigration status meant she was ineligible — cast ballots that counted in several elections. She was sentenced to eight years in prison in 2017 and granted parole in 2019; as of February of last year, Ortega was facing deportation.

"Texas Court of Criminal Appeals will review Crystal Mason’s controversial illegal-voting conviction" was first published at https://www.texastribune.org/2021/03/31/crystal-mason-texas-voting-ruling/ by The Texas Tribune. The Texas Tribune is proud to celebrate 10 years of exceptional journalism for an exceptional state.