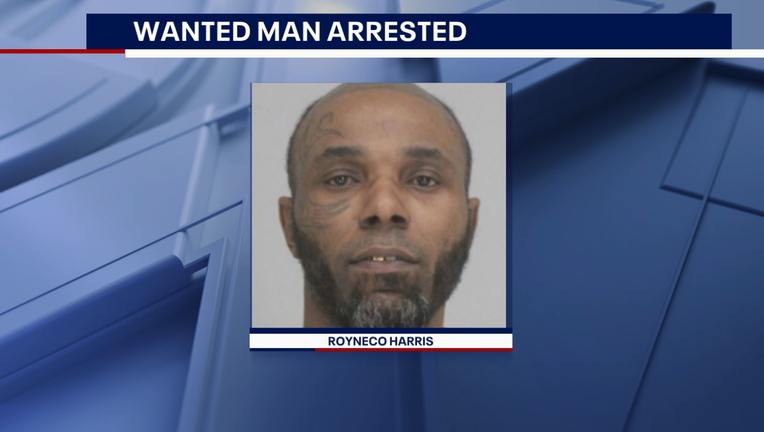 DALLAS - The #1 Most Wanted fugitive in Texas is back in custody.

Royneco Harris, 42, was arrested on Friday by DPS agents in Dallas.

Police say the known gang member has been wanted since last October. That's when Harris was on trial for the 2019 murder of a man and the wounding of that man's child.

Police say Harris took off his GPS monitoring device and ran. The trial continued, and he was found guilty and sentenced to 99 years in prison.

Harris was also convicted of murder as a juvenile but given parole at the time for pushing a man into an oncoming DART train and killing him in 2011.