A Tarrant County jury watched the police interrogation video of Timothy Huff, the man on trial for the murder of Fort Worth police officer Garrett Hull.

FORT WORTH, Texas - A Tarrant County jury watched the police interrogation video of the man on trial for the murder of a Fort Worth police officer.

Friday was day three of Timothy Huff’s trial. Tarrant County prosecutors said he was part of a criminal gang of robbers that had been targeting bars in 2018.

Officer Garrett Hull was shot and killed as he and other officers tried to arrest the gang four years ago.

On Monday, Hull’s widow said he was concerned capturing the suspects would be dangerous.

"Well, he said these guys are really dangerous, babe. It's bad," Sabrina Hull told jurors. "He said he thought there would be a shooting involved and I said, ‘Don't put that in your universe. I don't want to think about that.' And he said, ‘We need to talk about these things. They’re real.'"

Hull’s unit had been surveilling a group of suspects after several robberies at Latino bars around Fort Worth.

On September 13, 2018, officers were positioned outside of a bar where the group was inside robbing customers.

Suspect Dacion Steptoe, who fired the fatal shots at Officer Hull, was himself shot and killed by officers.

Huff and another man were captured. Prosecutors played for the jury a video recording of Huff’s police interrogation which lasted for hours. 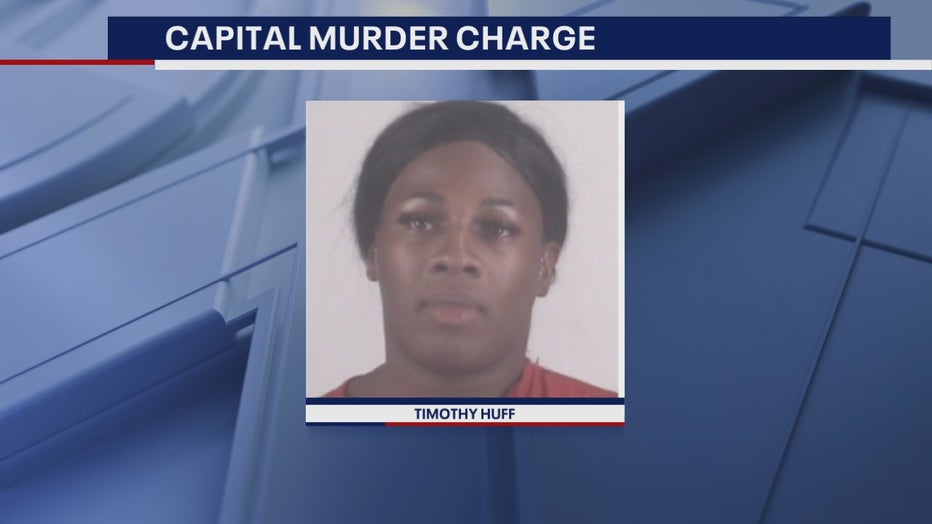 "I’m upset about that officer getting shot because I didn’t like that," Huff told the detective. "That hurt my feelings because I don’t wanna talk about that. Everything that’s been said, God’s got me all the way through."

Acknowledging the poor audio quality of the recording, another detective testified that while Huff was left alone in the interview room, he was at times on the floor pretending to be asleep.  The officer says Huff was actually concealing a cell phone and making phone calls.

"I can hear a different voice say hello. It sounds like a female voice," Det. Daniel Koplin testified. "Mr. Huff says, ‘They got me.’ The person replies, ‘Are you serious? Where you at?’ Mr. Huff replies, ‘Can you hear me? Police surrounded us. Been following DayDay.’ I hear him say they were outside waiting. He says, ‘Once DayDay picked me up.’ There’s some times where it sounds like the phone got hung up. Then you can hear the phone ringing again at 2:34 a.m."

The victims who were terrorized inside a bar testified about calling 911 seconds before Hull was shot and killed.

Jurors later heard details about evidence collected at the scene including money, guns and ski masks.

If Huff is convicted, prosecutors will ask the jury for the death penalty.

The trial wrapped up early Friday because the judge likes Fridays to be half days. It resumes Monday morning.