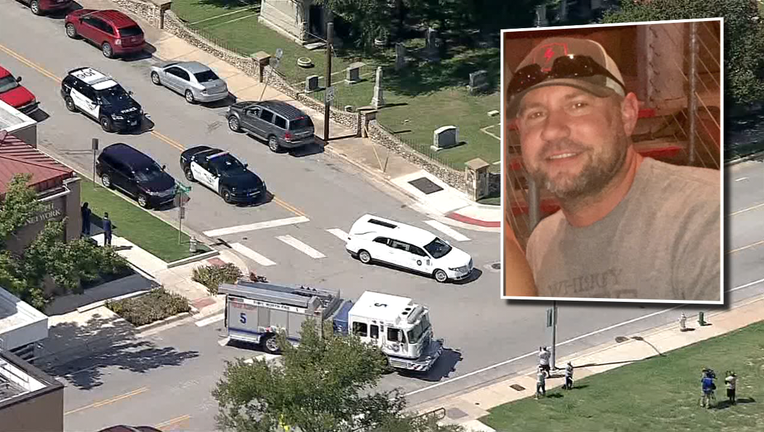 Fort Worth PD Officer Garrett Hull was killed while trying to confront three robbery suspects in 2018.

FORT WORTH, Texas - A judge in Tarrant County delayed the trial of a man accused of killing a police officer after the accused man tried to kill himself by swallowing razor blades.

Timothy Huff is in a Fort Worth hospital, but it is not clear how serious his injuries are.

Huff faces trial on capital murder charges for the 2018 murder of Officer Garrett Hull, who was shot as he and other undercover officers confronted three men suspected in 17 bar robberies.

RELATED: Fort Worth police officer dies after being shot during robbery shootout

The man who killed Hull was shot and killed by other officers. Huff and the other suspect were arrested.

Officer Hull was a 40-year-old husband and father of two children. He had been with the Fort Worth Police Department for 17 years and was described as the glue that held the criminal intel unit together.

RELATED: Officer Garrett Hull laid to rest in Fort Worth

Huff's trial was set to start Tuesday. It will be rescheduled after he is released from the hospital.