A happy ending in Milwaukee! A teddy bear found at Milwaukee's Mitchell International Airport was reunited with its 5-year-old owner, Ezekiel Burnett, on Tuesday morning, Feb. 15.

Ezekiel and his parents, who are from Dallas, Texas, had been visiting relatives in Oconomowoc for the Thanksgiving holiday last year. When they were at the airport to return home, that is when Teddy became "lost." 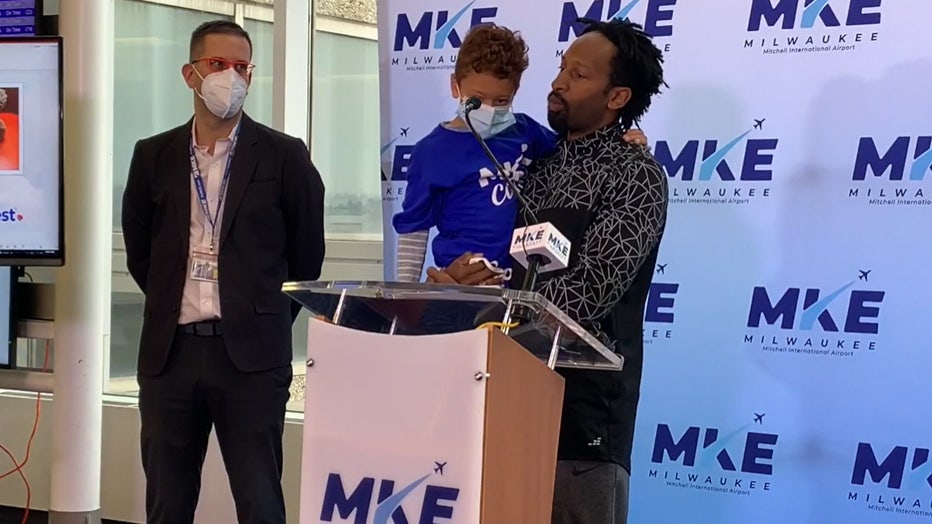 Ezekiel Burnett and Teddy with his dad, David

"He was tossing it up in the air, you know -- kids. And he tossed it a little bit too high, and it got stuck up in the rafters," said David Burnett, Ezekiel's dad. "And I looked at it and said, 'Nope, that's there. It's not coming back down.' And from there, giant tears came down."

The family returned to Texas without the bear.

In January, the Burnett family was at home watching TV when a friend happened to share a social post by Milwaukee Mitchell International Airport – seeking the owners of the bear. Ezekiel's mom and dad knew it…

After reaching out to MKE, Southwest Airlines flew the Burnett family back to Wisconsin on Tuesday – just to be reunited with Teddy.

"The staff at MKE airport and Southwest Airlines has been amazing through this entire experience'," Burnett said. 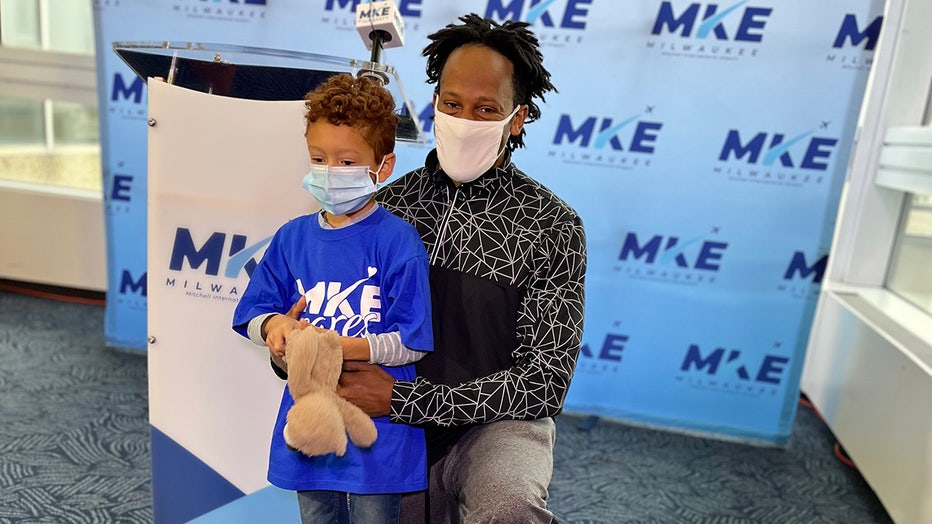 Ezekiel Burnett and Teddy with his dad, David

The airports social posts went viral in part because some comments indicated that kind of bear was given to children with heart defects.

Ezekiel is a healthy 5-year-old boy with a healthy heart. But his parents are thrilled this story could raise awareness about children with heart defects.

Officials with MKE noted its social posts about the bear set all-time records for the airport's accounts. The Facebook post reached 1.9 million people, the TikTok post reached 1.8 million – and more than 400,000 people were reached on Twitter.

"And now as a result, MKE has more TikTok followers than any other airport in the world," said Harold Mester, Director of Public Affairs and Marketing, Milwaukee Mitchell International Airport. 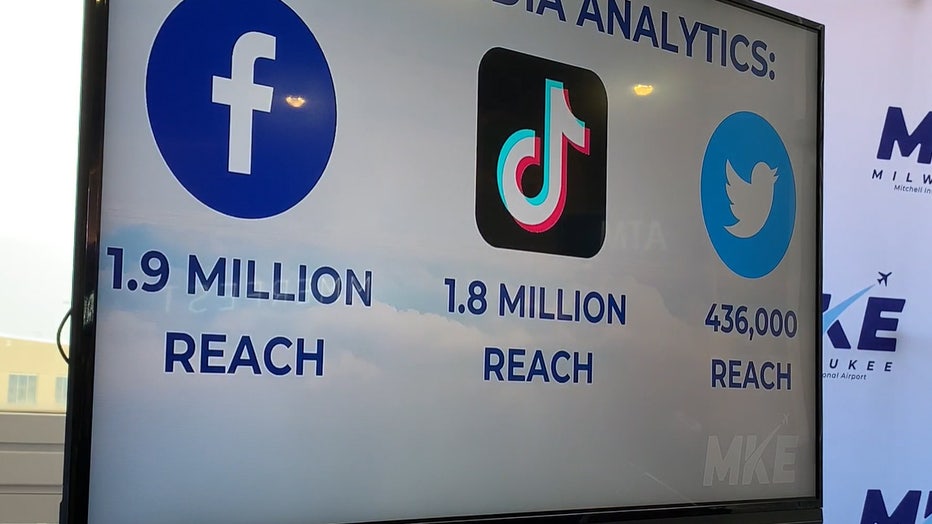