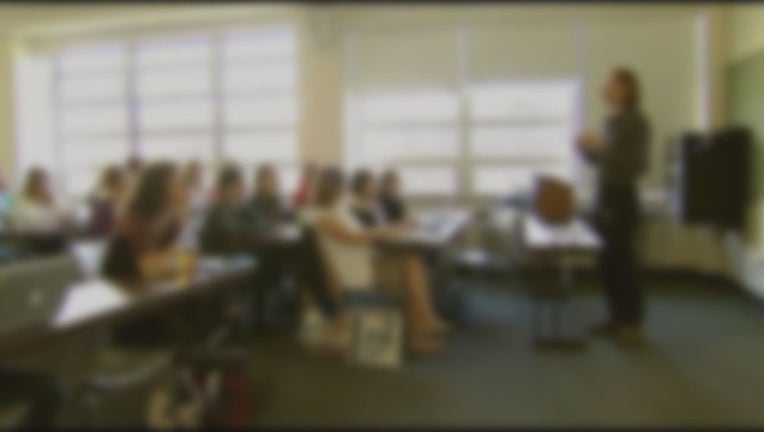 TRENTON, N.J. (AP) — An elementary school teacher who was allowed to keep his job despite being late for work 111 times in two years said Friday that breakfast is to blame for his tardiness.

"I have a bad habit of eating breakfast in the morning, and I lost track of time," 15-year veteran teacher Arnold Anderson told The Associated Press.

In a decision filed Aug. 19, an arbitrator in New Jersey rejected an attempt by the Roosevelt Elementary School in New Brunswick to fire Anderson from his $90,000-a-year job, saying he was entitled to progressive discipline. But the arbitrator also criticized Anderson's claim that the quality of his teaching outweighed his tardiness.

Anderson said he was one to two minutes late to school "at the most" but was prepared and was never late for class.

"I have to cut out eating breakfast at home," he said Friday.

A message seeking comment was left Friday with the school superintendent's office.

The arbitrator found that the district failed to provide Anderson with due process by not providing him with a formal notice of inefficiency or giving him 90 days to correct his failings before terminating his employment.

Republican Gov. Chris Christie referenced the case in a tweet on Friday. Christie wrote: "Think I'm too tough on the teachers union? This is what we're dealing with in NJ."

Anderson said he was "very upset" to be suspended but conceded that losing his job would have been worse.

When he returns to school in January, "I will be early," he said.